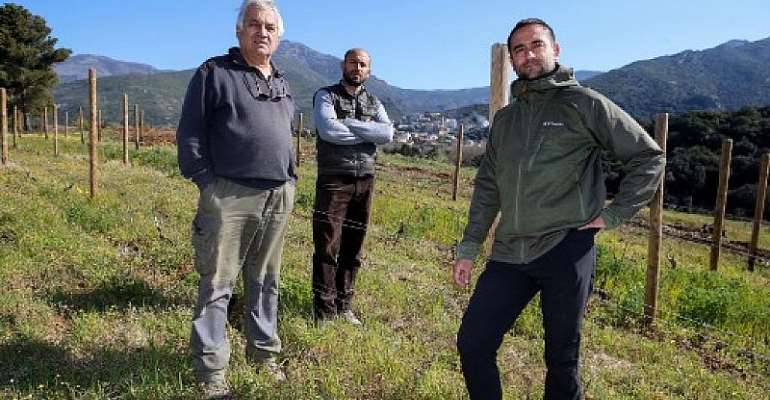 US President Donald Trump has threatened to tax French wines in retaliation for the country's digital services tax, in a move that has heightened concerns among French wine producers over their access to the US market.

Another producer told journalists that he exported a third of his wine across the Atlantic.

In 2018, the US was France's biggest wine export market, according to the Federation of French Wines and Spirits Exporters, which said that Paris had exported 3.2 billion euros in wine to Washington last year.

On Saturday, the federation issued a statement urging France and the United States to reach a compromise "to stop these threats from becoming a reality and preventing French wines from accessing the American market."

Don't mix things up
The current row is linked to a law passed by the French parliament this month on taxing digital companies for income even if their headquarters are elsewhere. This would aim directly at US-based global giants like Amazon.

Trump's threat to impose retaliatory tariffs was judged serious enough for French finance minister Bruno Le Maire to interrupt the start of his holiday Saturday afternoon to reassure the US president that France's new digital tax "in no way discriminates against US companies."

"It's in our interest to have a fair digital tax," Le Maire told reporters, speaking in English.

"Please do not mix the two issues. The key question now is how we can we get consensus on fair taxation of digital activities."

Le Maire hopes to reach a deal with the US on taxing tech giants at the next G7 meeting in late August.