Edudzi Tamakloe Is Not Innocent of Judicial Corruption 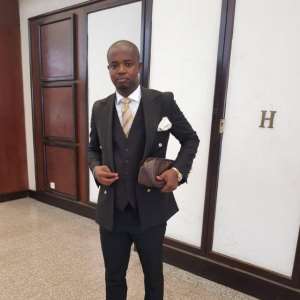 On the surface of things, I couldn’t agree more with Mr. Godwin Edudzi Tamakloe, the Accra-based practicing lawyer, that it is rather too late in the game for the Independent Special Public Prosecutor to be constantly writing and publishing reams of media columns bitterly complaining about how some heads of public institutions are making his work extremely difficult for Mr. Martin ABK Amidu (See “Martin Amidu Asked to ‘Resign Honorably’ to Avoid Further Embarrassment” Peacefmonline.com / Ghanaweb.com 7/20/19).

Now, I don’t know that anybody, other than the man or authority who appointed Mr. Amidu to his present position, that is, President Addo Dankwa Akufo-Addo, has any right or the moral authority to so presumptuously demand the resignation of the Special Prosecutor, just because that citizen or critic does not like or simply disagrees with the remarkable facility and frequency and flair for writing and publishing what Mr. Edudzi Tamakloe contemptuously terms as the rampant and irritating “epistles” churned out on a weekly basis by Mr. Amidu.

The fact of the matter is that notwithstanding the acute discomfort that some members of the legal profession and even the general public may have with the apparent prolificity of Mr. Amidu’s epistolary plaints, it can scarcely be gainsaid that Ghana’s longest-serving Deputy Attorney-General has an inalienable constitutional right to bitterly complain about institutional heads who may be hell-bent on putting the proverbial monkey-wrench in the functional path of the Special Prosecutor; more so, in view of the flurries of complaints swamping his office on a daily basis from many a member of the general public, especially those eagerly on the lookout for the prompt and swift ministration of justice to those who have made the criminal milking of the Ghanaian taxpayer their modus operandi for as long as anybody can remember.

But, of course, it can equally not be gainsaid that Mr. Amidu would be better off complaining directly, privately and more poignantly and effectively to the President who appointed him to the job, because Nana Akufo-Addo has publicly and practically proven himself to be just as determined as Mr. Amidu in fighting and uprooting official corruption in the country, as has been quite laudably demonstrated in the meticulous and effective application of the judicial system, both at home and abroad, to bring justice to the biggest scam-artist among the vanguard and the topmost membership of the country’s main opposition National Democratic Congress.

Equally significant on this subject of legal and judicial integrity worth highlighting is the fact that Mr. Edudzi Tamakloe, a bona fide operative of the Rawlings-Tsikata Mafia, has been a key player in the grossly unethical strong-arming of Ghana’s judiciary, in particular vis-à-vis Mr. Edudzi Tamakloe’s flagrant abuse of the Supreme Court of Ghana to scurrilously and scandalously facilitate the piratical snatching of the Klottey-Korle Constituency’s parliamentary seat for Dr. Zanetor Agyeman-Rawlings, the eldest daughter of former President Jerry John Rawlings, if memory serves this writer accurately, at a time when Dr. Agyeman-Rawlings was even not a dues-paying member of the party that was putatively founded by her father.

Indeed, recently, when the subject of judicial integrity and non-interference hit the media headlines, in connection with the bail denial in the Gregory Afoko Assassination Cause Célèbre, involving the acid-dousing of Mr. Adams Mahama, then Chairman of the Upper-East’s regional branch of the then main opposition New Patriotic Party (NPP), it was the name of Mr. Edudzi Tamakloe that immediately crossed my mind. It has been said time and again, that those who live in glass houses ought not to inadvisably resort to recklessly and rampantly throwing stones at those who are working hard to make the judicial system work far better than the apocalyptic mess made of the same by the Rawlings-Tsikata Mafia.

Of course, I am neither too naïve nor too visually impaired – intellectually speaking, that is – to recognize the stark fact of the longstanding close association that Mr. Amidu has had with the Rawlings-Tsikata Diarchy. But I also recognize some morally redeeming features in the character and dogged determination of Mr. Amidu to see justice done to the hardworking but wantonly exploited and hitherto politically orphaned Ghanaian citizenry and the nation at large.