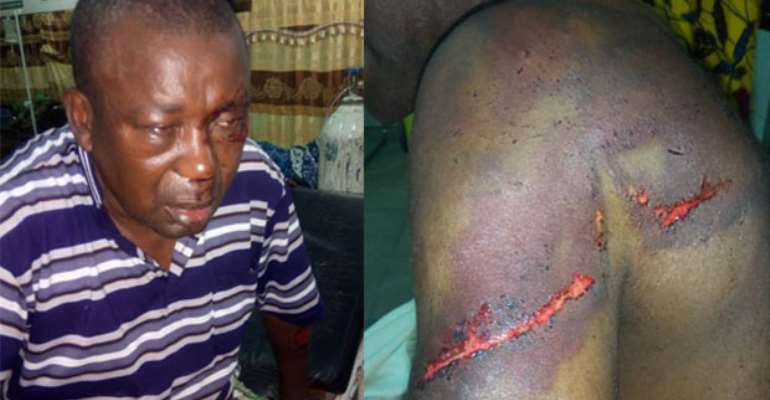 The four persons, who were arrested in connection with the abduction and brutality of the Paramount Chief of Lower Dixcove Traditional Area, Nana Kwesi Agyemang IX, and four others last Monday dawn, have been released on bail.

The suspects were released by the Western Regional Police Command after they were cautioned by the police.

The Lower Dixcove Chief and four of his subjects were subjected to severe beatings, stripped naked and abducted by assailants of the rival chief of Upper Dixcove, Nana Hema Dekyi, last Monday dawn.

According to the police, the attackers used dynamite to break into the heavily fortified gate at the palace of the paramount chief of Lower Dixcove to take the inmates including the chief hostage.

The attackers damaged some items at the palace with clubs and other implements, and set the transformer in the area ablaze, resulting in a total blackout in the area.

They then abducted the paramount chief to the rival's palace at Upper Dixcove, beat him to pulp, stripped him naked and inflicted machete wounds on him.

The police later rescued the chief, who is currently on admission at the Effia-Nkwanta Hospital in Sekondi and his subjects.

President Akufo-Addo visited him on Tuesday and urged the police to find the perpetrators and bring them to book.