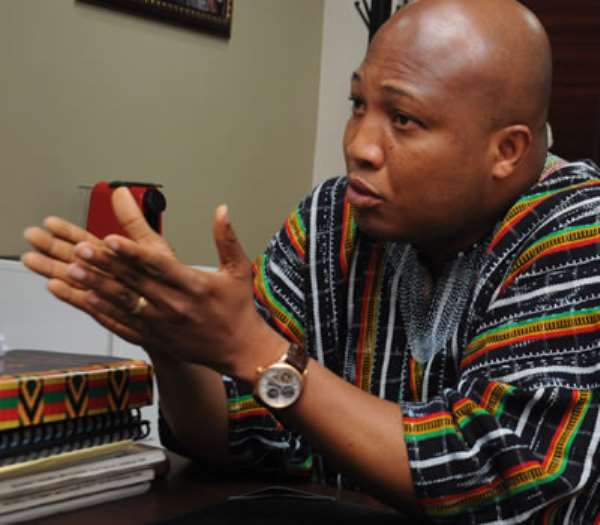 The Member of Parliament for North Tongu constituency in the Volta Region, Hon. Samuel Okudzeto Ablakwa has called on the government to scrap the percentage of the Assemblies’ Common Fund allocated to Members of Parliament.

“Many people are expecting the Members of Parliament to build schools, hospitals, construct roads and others but the MPs common funds are inadequate to do these things, for instance I receive GH₵ 40,000 in every quarter of a year so by the end of the year I receive about GH₵ 160, 000 and this cannot build schools, hospitals or construct a road,” Okudzeto Ablakwa said in an interview monitored by this portal on Friday, July 26, 2019.

The Ranking Member of Foreign Affairs Committee in Parliament, Okudzeto Ablakwa is optimistic that ending the disbursement of the MPs common fund and supporting the MMDCEs more space to embark on more developmental projects since his common fund can be only use for scholarships, construction of bore-holes which is not enough for the constituents.

Many Ghanaians including, the president of IMANI Africa, Franklin Cudjoe have called for an immediate end to the disbursement of the MPs common fund.

IMANI Africa wants government to discontinue the payment of the funds to the lawmakers. IMANI claims the disbursement is a drain on the resources of the district assemblies.

According to IMANI, "the MPs common fund is a waste of money and an excuse of the MP to perpetuate himself/herself in power but not necessarily to do the most important job which is making laws.

However, Senior Political Science Lecturer at the University of Ghana, Lagon Dr. Isaac Owusu Mensah has kicked against the call for the end of disbursement of the MPs common fund.

According to him, the government should rather increase it since it is an emergency fund for the MPs.

He therefore admonished the Members of Parliament to desist from excess promise during campaign period because their political gimmick promises have bedeviled the work of the MPs.