Heat In Container... Two Drug Smugglers Are "Rescued" By The Police In Belgium. 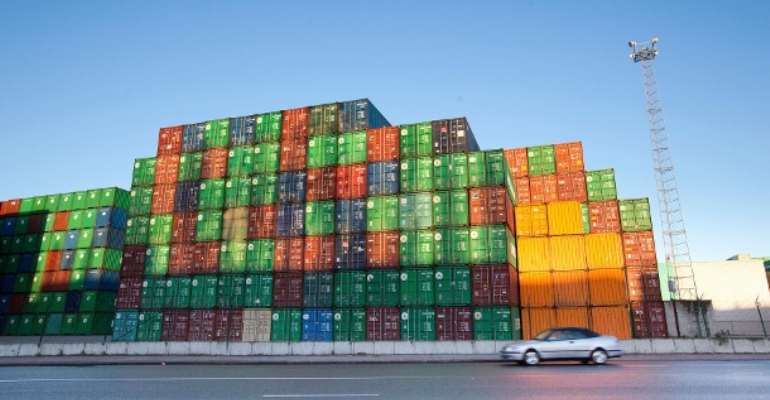 Sky piled ship-containers at the port of Antwerp

Containers in the port of Antwerp: Two suspected drug smugglers had hidden in a container, they decided otherwise when the heat became too bad.

The current heat does not even stop at alleged drug smugglers. In Antwerp, Belgium, two men had hidden in a container but the heat hit them so hard that they called the police.

The heat panicked them: Two suspected drug smugglers called the police to be freed from a container at the Belgian port of Antwerp. After being freed from the cocaine hideout, the two men were brought before an examining magistrate on Thursday and arrested, the prosecutor said.

Several hundred kilograms of cocaine in a container

According to their own statements, the police officers spent two hours searching for the metal container in the huge harbor. The men came out of their container-prison almost naked and were arrested without resistance. Port workers poured cold water down their necks. Temperatures in Belgium rose to over 40 degrees Celsius on Wednesday.

According to the authorities, the men wanted to get cocaine out of the container. How many kilograms of the drug were found in the container was not disclosed by the public prosecutor's office at first. The newspaper "Gazet van Antwerpen" spoke of several hundred kilograms of cocaine.

The port of Antwerp is considered one of the largest trans-shipment points for cocaine from South America. In 2018, according to the authorities, a record quantity of over 50 tonnes was seized there.