Ghana’s National Economy In The Context Of World Economy 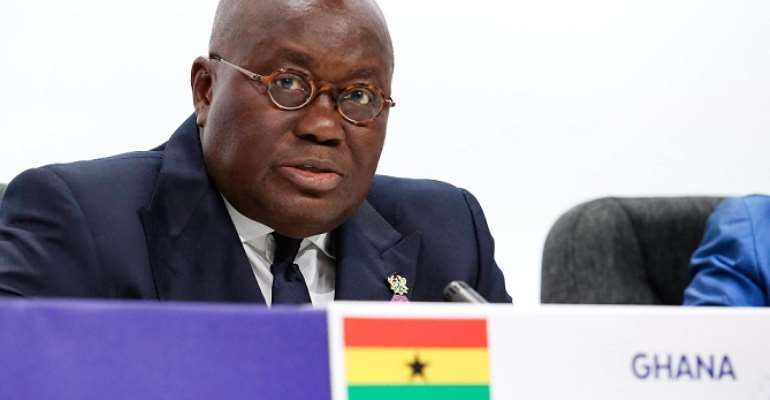 Ghana is an agrarian country with a developed mining industry and a mixed economy in which, along with private companies, public enterprises operate. The state presence in the form of equity participation in companies created with the participation of foreign capital is especially noticeable in the gold and diamond mining industries.

The agricultural sector is dominant in the economy of Ghana and occupies about 40% of the country's total GDP, although its share in this sector's GDP declined from 43% in the early 1990s. Agriculture provides employment to about 60% of the population of Ghana.

The predominant crop productions are cocoa beans, rice, coffee, cassava, cashew nuts, corn, bananas, pineapples, cola nuts, and tobacco, amidst developed forestry and fisheries. Forests cover about 1/3 of the country's territory, but not all of them are suitable for commercial use.

The basis of forestry is the export of valuable wood species, such as Wawa, Mahogani, Odum, and Sapele. Fisheries occupy the smallest share of the output of the agricultural sector, but at the same time provide 2/3 of Ghana’s domestic demand.

The catch of mackerel, herring, stingray, and tuna is carried out in the amount of about 450 thousand tons annually in the second half of the 1990s. The modernization of the fishing industry funded by the World Bank was started, but at present, this industry is underdeveloped and requires investment.

Livestock in Ghana is poorly developed, thus; the breeding of goats, cattle, sheep, and pigs, results in low productivity. At the industrial level, poultry farming is developing but a number of animals and birds died due to various diseases.

The share of the industrial sector in Ghana’s GDP is about 28%. According to CLA, in 1999, 15% of the country's labour force was employed in this sector. This sector includes the following subsectors: mining, manufacturing, power generation and water construction.

The extractive industry is the most important source of export earnings of the country, although the manufacturing industry accounts for a large share in the total output of the industry. Gold mining is the largest mining industry in Ghana and provides about 50% of the country's foreign exchange earnings.

Ghana ranks second after South Africa in terms of reserves and gold production on the continent. The main gold producer in the country is Ashanti Goldfields, which operates on the world's largest deposit with reserves of more than 20 million ounces.

Manganese is also mined in Ghana and the country Ghana ranked eighth in the world, with 1.136 million tons in bauxite, silver, and in 2002, 940.6 thousand carats of diamond was mined.

The country also produces building materials, as well as products from glass and ceramics. The largest industrial center of Ghana is the city of Tema, where refineries and aluminum plants are located. The fastest-growing sector of the Ghanaian economy accounts for about 32% of GDP. In 1999, 25% of the population of Ghana was employed in this sector.

The leading activities of the economy of Ghana, lies in the sectors of government and trade, however, the gradual privatization of the services sector has refreshed and at present, the share of private owners continues to increase.

Covid-19: Some recovered victims having erectile dysfunction...
20 minutes ago