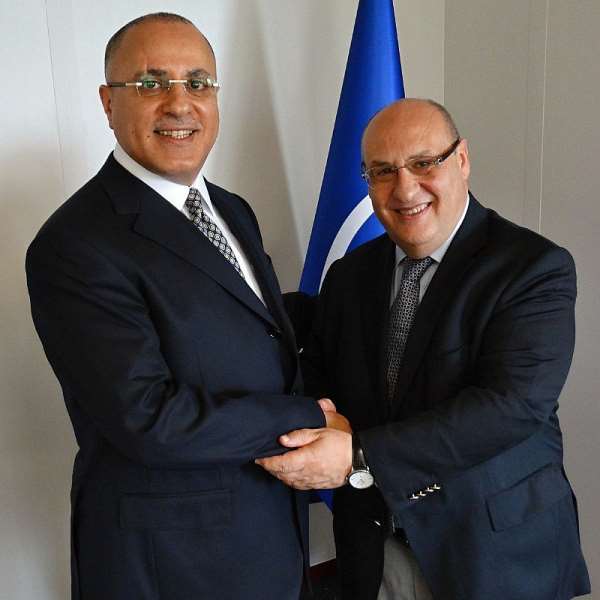 Geneva—International Organization for Migration Director General António Vitorino today (24 July) received the Permanent Representative of Kuwait in Geneva at his request. The Ambassador conveyed the best wishes of the Deputy Prime Minister and Minister of Foreign Affairs to Director-General Vitorino and the appreciation of his recent visit to Kuwait.

Director-General Vitorino responded by expressing his appreciation for his visit and his meetings with His Highness and the Deputy Prime Minister and other officials. Ambassador Jamal Alghunaim offered a contribution from Kuwait in the amount of USD 3 million for IOM's efforts in Syria.

Further, the Ambassador promised another contribution from his government to IOM for humanitarian work in Yemen, which is expected soon.

DG Vitorino thanked the Ambassador for his continuous support to IOM and to the Emir, people, and government of Kuwait for their humanitarian leadership.