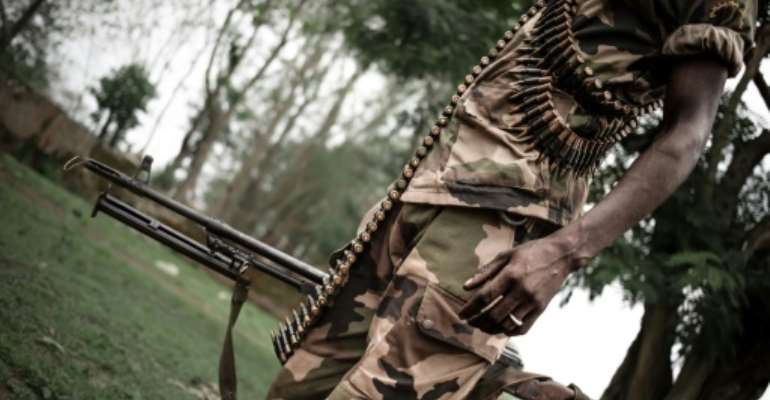 One of the world's poorest and most unstable nations, the Central African Republic has experienced over a decade of conflict. By FLORENT VERGNES (AFP/File)

In a report released on Wednesday, the rights watchdog said the Special Criminal Court needs to recruit more judges, prosecutors and staff and get more government and international support.

The court consists of 25 judges, 13 from the CAR and 12 foreigners, and has a total budget of $67.9 million (61 million euros) to probe crimes during more than a decade of ethnic and religious conflict.

It is backed by the United Nations and the European Union.

The court currently only has 20 domestic judicial police officers, directed by prosecutors and judges, to investigate crimes from a succession of conflicts.

"Central Africans have waited so long to see justice for the many killings, rapes, and other atrocities committed in the Central African Republic," said Elise Keppler, associate international justice director at Human Rights Watch.

"The Special Criminal Court holds promise but it's had a slow start and needs to intensify investigations so trials can be initiated based on strong, compelling evidence."

Despite international pledges, HRW said a funding gap of some $1 million for 2019 had already emerged at the court and called on donors to offer more financial support.

"It is difficult to find such expertise on the spot, so it is often necessary to recruit foreigners, which takes longer and is more expensive," said court spokesperson Nelly Mandengue.

Critics have cast doubt over whether the court will target high profile militia leaders and political figures amid concern that arrests could destablise the security situation.

"It is difficult to imagine that it will pursue the leaders of the most important armed groups, or the close entourage of the head of state," said Hans de Marie Heungoup, a political scientist from the International Crisis Group.

The country spiralled into bloodshed after Bozize was overthrown in 2013 by a mainly Muslim rebel alliance called the Seleka.

Much of its territory fell to armed groups trying to control gold, diamond and oil deposits, hampering attempts to build peace and national reconciliation.

Earlier this year, the government and 14 armed groups signed a peace agreement negotiated in Sudan's capital Khartoum, the eighth deal aimed at resolving conflict in the CAR since 2013.