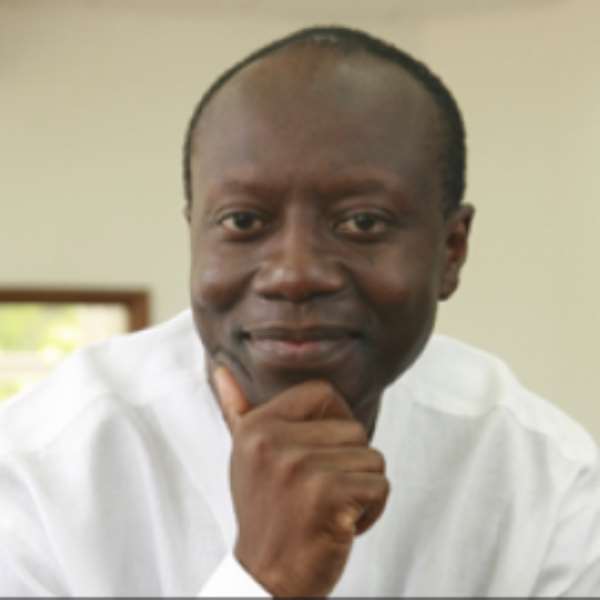 With no compelling nationalistic, constitutional, or even scriptural argument to justify this personal project, all indications are that, a religiously discriminatory factional “cathedral” is still going to be imposed on Ghanaians by the Akufo-Addo government. It is one pet project many citizens, including Christians, have kicked against as not necessary, divisive and unduly wasteful when Ghana is awash in uncountable churches, cathedrals and other houses of worship of different shapes, sizes and colours for all denominations. Indeed, even impoverished communities manage to put up their chapels and mosques to meet their daily spiritual needs. In Accra, the national capital, some of the architectural gems are church buildings. So why this obsession with a national cathedral?!

An online survey by a radio station showed a huge majority of respondents saying no, but so determined are the self-appointed “men and women of God” in this NPP government, led by Nana Addo-Danquah Akufo-Addo that, they are going on, regardless, and employing all sorts of weird stratagems (roadshows) to bulldoze the idea through.

With the Bedlam that Ghana is becoming, Ghanaians would be excused for not noticing some of these weird goings on in their name, like a story which appeared on a number of Ghanaian websites a couple of months ago. This story, with far-reaching diplomatic and religious consequences has so far escaped social scrutiny.

During a visit to Israel, ostensibly for something to do with a Christian-inspired Jerusalem Prayer Breakfast Meeting (JPBM), Finance Minister, Ken Ofori Atta, in a rare opportunity for an African public servant to interact with the Israeli Knesset (Parliament), squandered that opportunity by putting before the Israelis a grand request to help Ghana build of all things a Christocentric national cathedral!

He is quoted as saying that, “President Nana Addo Dankwa Akufo-Addo, has initiated the building of a National Cathedral that takes its inspiration from the Tabernacle and is aimed at providing the infrastructure to focus the gaze of the Nation and Africa on the Almighty and therefore the peace of Jerusalem! Israel and the Nations of the JPBM should join us to transform Ghana, this first independent African Nation and the first to host a Jerusalem Prayer Breakfast Meeting in Africa, to build the National Cathedral as a living monument to mobilize Africa to eternally look East and pray for the peace of Jerusalem.”

For those who were hoodwinked or wilfully enticed by the original sales pitch of a national focal point, the game has been given away – it is nothing like that! It is a bigoted ego trip, nothing else. In fact, some have dared suggest that it is the prophecy from some “man of God” that a national cathedral would assure the retention of the NPP and its Great Leader in power in the 2020 Elections and beyond – and perhaps even ensure life’s longevity!

Finance Minister Ofori Atta, in his Knesset interaction forgot who he was addressing and got carried away with words alluding to “doing God’s will in Christ…by building a national cathedral which will mobilize Africa to pray for the peace of Jerusalem”. God’s will in Christ to members of the Judaic faith?!

These are very serious words touching on the constitutional integrity of Ghana as a secular state and also Ghana’s foreign policy in relation to Jerusalem and the entire Mid-East region.

Doing Christian proselytising in the legislature of a Jewish State is at once insulting, arrogant, ignorant, insensitive and most embarrassing to Ghana. Was he speaking with instructions from his boss? Did the Ministry of Foreign Affairs and Regional Integration clear those words? Indeed, did the Minister of Foreign Affairs know and approve of that national cathedral diplomacy?

From all indications, it was a private trip to do business sponsored by the Ghana branch of the JPBM, which started in September 2018. This purely private religious venture is yet again exposing the state capture by certain so called men and women of God and where policy issues that should be subjected to rigorous non-partisan, non-religious non-ethnic discourse are increasingly being put in the hands of esoteric personages.

The Minister may not know it, but asking a Jewish State to sponsor a Christocentric edifice in a secular State must have been extremely baffling and insulting to his hosts. To use his pro-Israeli platform to commit Ghana to a major religious and foreign policy goof is unpardonable. Jerusalem is a sore point religiously and politically, best left to the UN. Could Ghana’s Finance Minister be sending hints to the world the Ghana would follow US President Donald Trump to move our Mission from Tel Aviv to Jerusalem? It is a worrying observation. He should by now have been hauled before parliament to clear the air on the whys and hows of his foray into a portfolio he has no constitutional authority to dabble in and in the process compromising our non-aligned foreign policy by dragging us into alignment in one of the most intractable volatile regions of the world... The Minister of Foreign Affairs and Regional Integration also has a case to answer. Indeed this embarrassment goes all the way to the executive office at Jubilee House.

Ghana’s constitution guarantees freedom of worship and at the same time guards scrupulously against State intrusion and vice versa. It is a democracy, not a theocracy. Promoting personal religion in our constitutional space by a politician – no matter who – is an existential threat to our democracy. If this project had been thought through thoroughly, they would have realised that as a personal thanksgiving gesture, it did not merit the involvement of the State of Ghana. As it is now, should it be forced through, it would forever stick out as an anomaly and a reminder of how an election mandate can be so abused.

Latest Photo Reports
Catch up with all the political quotes from our politicians.
Advertise here
More Commentary
ModernGhana Links
Three keyways the latest Budget Speech impacts healthcare in SA
Georgia’s Raphael Warnock and the New Black Capital of America
The Tragedy Of Love; Recounting The Story Of A Friend Killing The Girlfriend And Committing Suicide In Cape Coast
Virtual Football Match: PDS FC Versus Agyapa United
Black lives and mass protest: Why we need a new approach
Covid-19: The Entrepreneurs’ Dilemma, The Employees Discomfort And The Hard Lessons For The African And The Africa Entrepreneurial Ecosystem
Africa is already a role model for gender diversity
What Can We Expect? 2020 Cyber Predictions
Give Your Emotions The Baby Seat
TOP STORIES

This is what Akufo-Addo and US Vice President Kamala Harris ...
39 minutes ago