Shatta your line are ready
By Akosua Tuntum Nahana 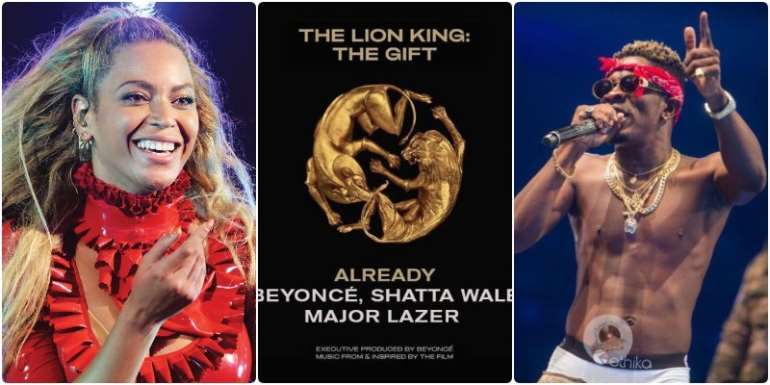 The local champion Shatta Wale has been featured on Beyoncé, ( the global icons) Lion King album. The movie remake of Lion King is dominating the box office worldwide. Shatta Wale who has been seen as a nonentity, trouble maker, who has been cheated in the Ghanaian music industry and seen as crazy, is now making it on the global scene. He has been featured in a article by Billboard and his song Already with Beyoncé is already a hit ! What's even more painful for his many haters is Shatta Wale is the only Ghanaian involved. And Beyoncé said she was looking for the best African artists to feature on the album. Therefore Beyoncé came looking for Shatta Wale. The song fits Shatta Wale perfectly. He has always been a King in the music industry and he's always known it. I guess Beyoncé has also seen it.

Ghanaians are watching the stone the builders rejected bubble up and grow. Shatta Wale himself has said that the God he serves is above all ( Starboy, Shatta Wale) and he doesn't know why Ghanaians hate him, however they can never predict his future. ( Reality, Shatta Wale) "Bandana from Ghana" ( Reality, Shatta Wale) has made it unto Genius, Disney and on tour with Beyoncé. All those social media comment warriors and singers boiling in their jealousy. Whatever you are saying about the song or this collaboration not being huge is a lie. However, you can't stop Shatta Wale, listen to the song.