Martin Amidu Writes: The Special Prosecutor Is Not A Poodle Of Any Political Party 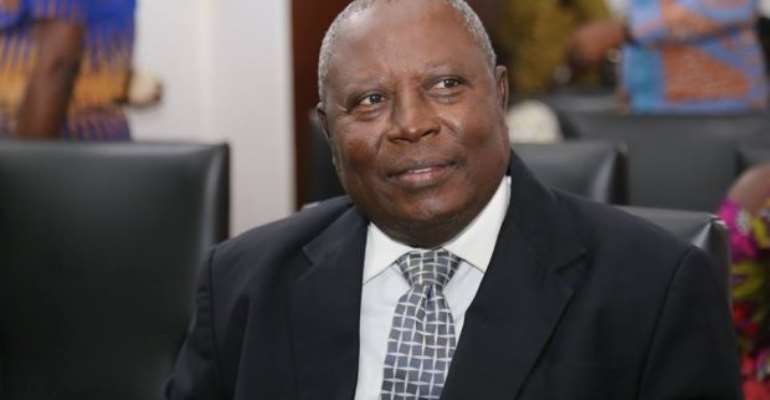 The latest attempt by Hon. Yaw Buaben Asamoa, Member of Parliament for Adenta, in his capacity as the Communication Director of the New Patriotic Party to tacitly direct and control my functions as the Special Prosecutor is contained in interviews he gave to the media in response to clarifications I made in an interview with Citi FM Breakfast Show on Monday when I was called and asked about the status of Mr. Charles Bissues' case which the public already knew was being investigated by my Office. Hon. Yaw Buaben Asamoa latched on my explanation and information to the public through the interview to run to the defence of the Criminal Investigation Department as though it is a Department of deaf and dumb.

Hon. Yaw Buaben Asamoa did this by pretending to be directing me as an ignoramus on how to perform the duties of my office:

“I don't think it's useful to be at opposite ends of the table with the CID. I think it is better for him to pick up that report, look at its flaws, if any he finds per his perview he finds per the Special Prosecutor's Act and move on to deal with those issues. Nobody has asked him not to work on Mr. Bissue's report, nobody has stopped him from moving to investigate the matter and nobody can stop him.”

Why is he complaining all the time, let him do his work, it's simple as that…..”

Hon Yaw Buaben Asamoa as the Communication Direct of his party on a previous occasion had the audacity to use the media to instruct me to prosecute “the low hanging fruits”, whatever that means.

Hon. Yaw Buaben Asamoa as the Communications Director of his party thinks that Ghanaians are so foolish that they may not suspect that his verbal attack on my Office in the media on Monday may be construed by rational citizens as a subtle way of defending the CID and a party colleague who was the subject of the alleged exoneration. He appears to pretend not to understand that there are several subtle ways of interfering with and indirectly stopping a fair investigation.

The Ghanaian public has a right to know that political appointees serving as public officers are not allowed to choose their own forum for the investigation of corruption and corruption-related offences even when the suspect is both a political appointee and political party colleague. Hon. Yaw Buaben Asamoa also thinks that Ghanaians are so naïve that they cannot see in his tacit instructions and attacks on me a defence of the CID by him and on behalf of his political party. Why come to the defence of a public institution when it is capable of defending itself except to score political points?

I wish Hon. Yaw Buaben Asamoa to understand that the Office of the Special Prosecutor is governed by statute and I am mandated to lead it in the achievement of that mandate. I do not need any direct or indirect instructions from any office holder of any political party like him. It is time for him and others like him from other political parties to stop confusing the fact that I was appointed by the President of the Republic to mean that it created a vested right in the political party which supported him to win the elections to instruct or direct me as the Special Prosecutor. I was appointed by the President in his capacity as the Executive Authority of Ghana under the 1992 Constitution and not as the flag-bearer of any political party.

Hon. Yaw Buaben Asamoa should understand that by my oath at my vetting in Parliament for appointment I was not going to be the poodle of any political party and he as the Communication Director of the New Patriotic Party should not try to test my resolve. Should he think that I am talking too much and not doing my job the simple solution is for him to have me removed from office. Until then he should leave me alone to continue to exercise the independent duties of my office in accordance with my oath before Parliament and my oath at my appointment as the Special Prosecutor.