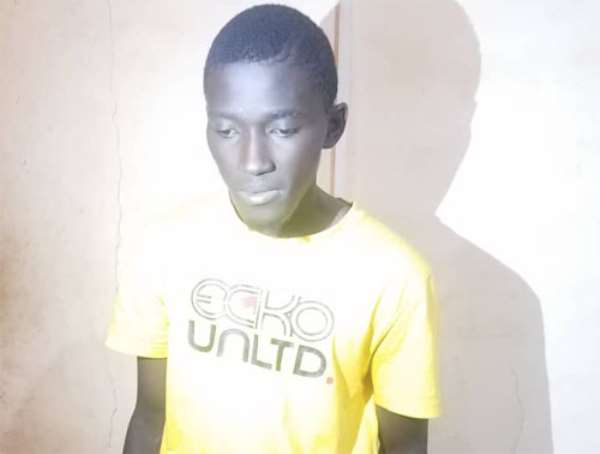 One of the two youngsters who robbed two sisters has been jailed 20 years by the Bekwai Circuit Court.

Prosecutor, Detective Inspector Stephen Ofori, said the convict pointed a knife at victim Comfort Ode at Esereso-Ophelia Junction in the Bosomtwi District of the Ashanti Region and demanded her mobile phones.

His accomplice identified only as Amani, who is currently at large, also attacked Ode's sister, Francisca Amankwa, with a knife concurrently, the court, presided over by Fredrick Nawura, heard.

Inspector Ofori narrated that the duo escaped with three mobile phones – all valued GH¢550, after fugitive Amani stabbed Francisca Amankwa on the shoulder.

He added that Godwin Nyarko, a driver, admitted robbery and possessing of a weapon in his caution statement to the police when he was eventually identified by victim Ode and arrested.

He further stated that the convict and his runway accomplice, Amani, attacked the two sisters on their way to buy food at Esereso station from their home on June 4, 2019.

Inspector Ofori said the victims noticed the two were trailing them and therefore began to run, but they were chased and attacked by the gang.