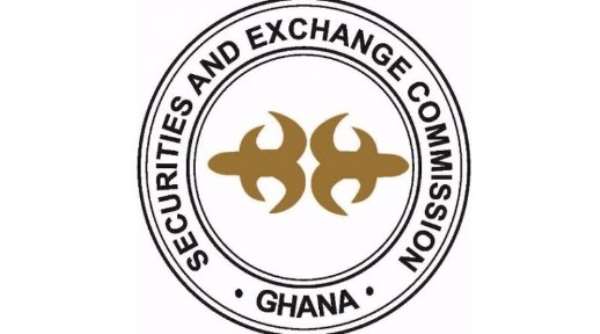 The Securities and Exchange Commission (SEC) is undertaking a forensic audit of 21 investment firms and fund managers in the country.

The audit is to allow the regulator to have a fair idea of the financial positions of these firms as well as their ability to stay in business.

Deputy Director at the Commission, Paul Ababio, in an interview with Joy Business, hinted that SEC will take an action on the firms after the process which will include revocation of license.

He made the disclosure after a panel discussion at the Stanlib Dialogue Series in Accra, on the investment Industry's survival after the banking sector reform, Tuesday.

The Commission for some time has come under criticism for lack of an effective mechanism to deal with non-performing investment firms and dealers in the country. The situation has led to the many locked up funds of depositors and investors.

"What we're doing is to access the level of exposure the firms have as well as the risk and have a better understanding of their operations.

“Sometimes we need a third party to come in to verify their assets and look at their interconnection with other industry players among others and this will give a good appreciation of what action to take,” Mr Ababio said.

He said after that some firms may have to be folded up, others which are recoverable may be asked to present a roadmap on how to come out of their situation and a significant action will be taken.

Asked about whether revocation of a license will be among the actions, the SEC Deputy Director said, “Likely so, some have already surrounded their license but we will take an action".

The dialogue series is an annual public forum by the Stanlib Ghana that brings together leading financial market players in the industry to discuss relevant issues and chart a path for growth.