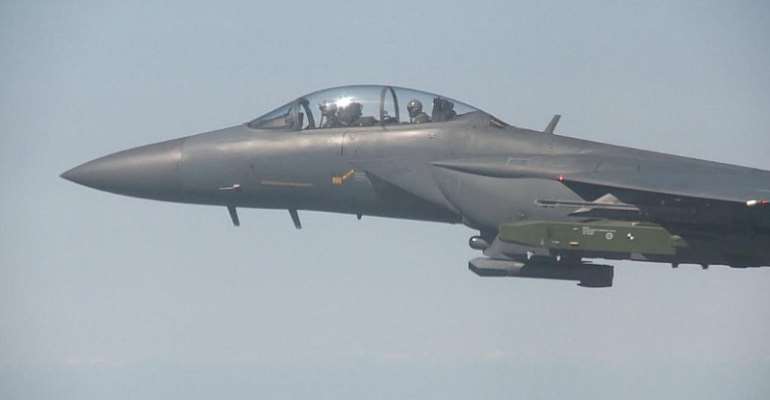 South Korea fired nearly 400 warning shots on Tuesday after a Russian air force plane twice violated a disputed airspace that is claimed by both Seoul and Tokyo.

Japan also complained to Russia for the violation
"We are studying this incident very seriously and we will take much tougher action if it happens again," said a South Korean national security advisor, Chung Eui-yong, who was quoted by the South Korean presidency.South Korea's Joint Chiefs of Staff reacted by sending F-15K and KF-16 fighters to intercept the Russian A-50 military plane, which was flying over the Dokdo Islands, claimed as Takeshima by Japan.

The first violation occurred after 9AM Monday morning

, lasting three minutes, with the second instance lasting four minutes. At one point South Korean and Russian aircraft were only one kilometer away, according to Seoul.

Russian denial
Moscow denied it had violated the airspace, saying the complaints were based on an "arbitrarily established" unilateral air defence reconnaissance zone rule established by South Korea, but not recognised by anyone, nor ensconced in international law.

"Two Russian Armed Forces Tu-95MS bombers made a planned flight over the neutral waters of the Sea of ​​Japan," the Russian Defense Ministry said in a statement, adding that there was no warning shot.

A South Korean military source said that the Russian plane flew at a steady speed and "did not seem to have any hostile intent.”