Rahinatu, Getting told off for Political Shenanigans is not “ARROGANCE OF POWER” 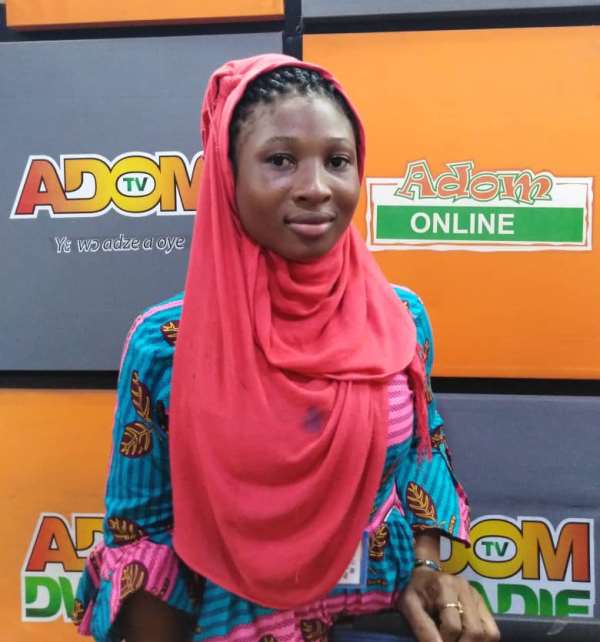 I have read a number of articles that have sought to demean the Minister for Sanitation and Water Resources because she told a young lady off on phone. Multi-Media’s alleged agenda of running the government of His Excellency President Akufo-Addo down seems to have kicked into a higher gear. The onslaught is plain in its camouflage!

First of all, it is not an ethical media practice for the editor at Adom FM to appoint an intern to establish contact with the Minister. Interns do not assume the jobs of mainstream practitioners. They are interns because they are still learning! Having said that, the young lady, “Rahinatu”, seems to have towed the line of political shenanigans by playing victim to win the favour of the public. In an article I read attributed to her, she indicated how hurt she was and how “speaking to the Minister would have enhanced her CV”. I have never come across a journalist’s CV that indicated that they had interviewed anybody, although, when asked they may indicate so.

She went on to hit the President by saying that, and I quote, “Recently in Vancouver, President Nana Addo Dankwa Akufo-Addo came under severe heat for allegedly suggesting that there were not enough dynamic women to rise into leadership.” How does that relate to an inexperienced intern left on her own with a list of questions that she might not have even known how to ask? Besides, how would she jump at this “golden opportunity”, as she described it, to engage a Minister on the phone? How was the Minister supposed to react after finding out that she was not accorded respect to be interviewed by a professional journalist? Is Hon Cecilia Dapaah not important enough to be interviewed by an Adom FM journalist in the presence of the intern, who may be given the opportunity to respectfully ask a question or two so that it can be “indicated in her CV”? By the way, if she wants to know the importance that President Akufo-Addo attaches to the liberation of women, Raihnatu ought to read this piece: https://ghananewsonline.com.gh/model-african-woman-year-wow-akosua-frema-opare/

Besides, playing victim is a normal strategy with multi-media, it seems. The article that was posted in her name could not have been written by her wholly! For those who can make inferences and read between the lines, the political gimmick is clear. Multi-Media seems to have taken advantage of Rahinatu’s innocence to paint a nuance of professionalism that the media entity, I believe, has eroded. Someone told me that their policy is to always be against a sitting government so that officials can be kept on their toes. This disheartened me because if a person related to Multi-Media can make such pronouncements, it is an indication of the low standards they have set for themselves. I use the Newsfile host and his maneuverings to draw this conclusion.

Knowing Cecilia Dapaah, it is certain that Rahinatu would have learnt some good things had the former been approached in a manner that did not suggest that she was cheap. Ceicilia Dapaah is quite erudite and well cultured. Conversely, Rahinatu’s statemement that she had seen her male counterparts conduct interviews with senior politicians and others even as they clearly showed their Intern IDs may be true, but this issue is not in dispute. What is, though, is the fact that the Minister was not given prior notice that Rahinatu, an intern, would call her for a quick interview, respectfully! She was also not given prior notice that the said intern is lazy enough not to take notes, but would use the illegal means of recording the interview without declaring so. This is “unethical” in the true meaning of the word. Besides, by introducing her feminist mentality in comparing her situation to her male counterparts, Rahinatu is ramping up an unfortunate antecedent to a media war that would certainly make her a victim of her own contrived circumstance. She should beware!

Rahinatu might have been told off, but that should serve as a mark in her early journey in the media practice. She has to climb the ladder of success, and that is non-negotiable, but in order to do so, she should not fall for the ploys of hungry foxes at Adom FM, or any other media institution for that matter, salivating over the anger of Minister Cecilia Dapaah, knowing that their plans would trigger that.

Rahinatu must exude the nobility of the profession, and try again using the appropriate protocols. After all, Cecilia Dapaah is not an “intern Minister”. She is a Minister of State, and protocol demands that she be given advanced notice that a young aspiring Rahinatu would come calling…on phone albeit, and without a voice recorder!

In as much as I am disappointed with Rahinatu for towing political bigotry at this early stage, I am disgusted with the idiocy of the Adom FM editor for thinking that a Minister of State in her office is not worth his/her time.

Come Out In Your Numbers And Vote Massively For NPP – Akufo-...
23 minutes ago