Sanitation And Water Resource Ministry On Course To Making Water Accessible To All – Hon. Cecilia Da 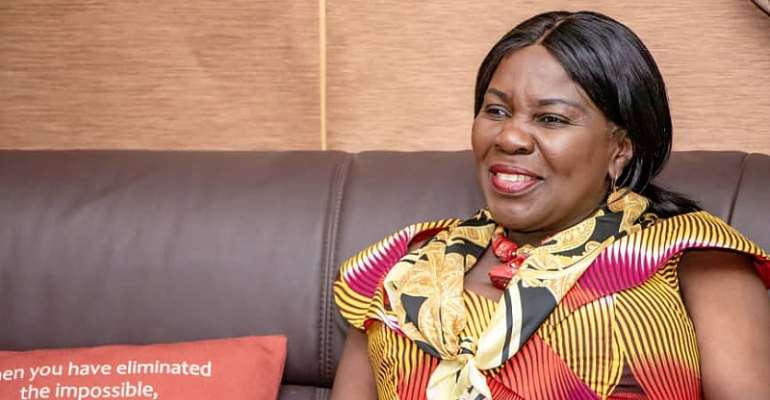 The Minister for Sanitation and Water Resources, Hon. Cecilia Dapaah has reiterated that her sector is on course to making water accessible to all persons across the country.

The sector which has been charged by His Excellency Nana Addo Dankwa Akufo-Addo to make Accra the cleanest city in Africa has been making efforts not only to improve sanitation but also to make water accessible to people living in every part of the country.

Interacting with the U.S Ambassador to Ghana, Mrs. Stephanie S. Sullivan at the Sanitation Ministry on Monday, July 22, 2019, Hon. Cecilia Dapaah stressed that government through her Ministry is undertaking several projects in collaboration with international and local partners to make potable water accessible to people nationwide.

She revealed, “We have the Gamma project that is ongoing, World Bank-funded as well as Government of Ghana (GoG) funded. We are providing toilets in homes and the vision is to have one toilet, one house policy expanded to make sure people have dignity in Sanitation”.

“They are also working closely with the Ghana Water Company Limited to pipe water to homes. We take things for granted. When we turn on our taps and we have water we take it for granted”.

She further cited that there are people in other parts of the country who still have to walk for miles before they get access to water and that is why the ongoing water projects are very important to her Ministry.

“There are people who will have to trek for miles living in some peri-urban areas before they get water. Thank God this project is giving them the water in their homes. At the last count, they had piped 255km of pipes to the homes. Am sure by now it’s close to about 300 and it’s going well”, Hon. Cecilia Dapaah added.

Meanwhile, the Ministry of Sanitation and Water Resources is also overseeing the one household, one toilet project and has so far managed to put up 1200 toilets for use in various homes.