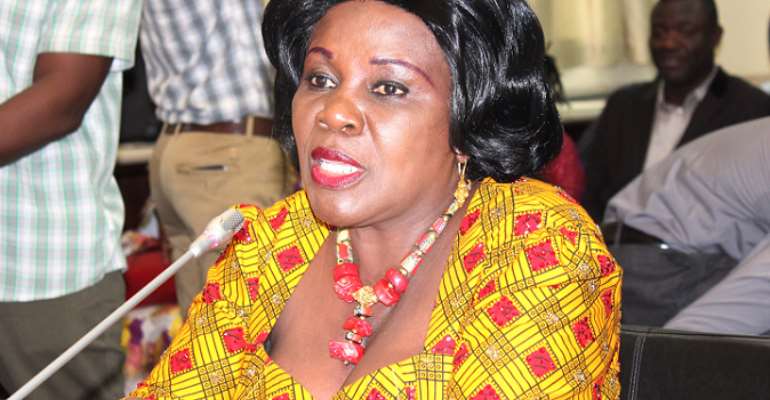 South Africa - based Ghanaian Journalists have heavily descended on Sanitation Minister, Cecilia Dapaah for undermining the integrity of a young female journalist with Multimedia.

According to them, the demeaning experiences of the intern, Rahinatu Abdul Bach could have potentially made her give up any dream of climbing higher to become a great woman and also occupy a higher position like any female role models, hence the Minister should render an unqualified apology to her and Multimedia as a whole.

Sanitation Minister Cecilia Dapaah has told off a Multimedia intern, emphasising, her request for an interview is disrespectful because she is an intern.

"Who gave you the permission to call me to speak to me directly like that?’ she sternly told Rahinatu Abdul Bach who is also a student of the Ghana Institute of Journalism.

"You don’t respect…please go off," she spoke in Twi before dropping the line. The incident took place on July 12, 2019 when Rahinatu Abdul Bach had been directed by Adom FM editor Samuel Dowuona.

A section of Journalists who were provoked by the Minister's posture stated that the Minister rather lacks respect and must therefore be condemned by the Ghana Journalist Association (GJA) and Media For West Africa (MFWA) should speak against it.

“Is the Minister trying to shatter the dreams of the intern or what, you are a Minister and so what? Is intern not a human being? If she was going to do campaign and it was an intern sitting in front of the console, would she says she was an intern so she won’t grant the interview?” one journalist stated.

“Come to South Africa and see, a whole former President, Jacob Zumah is before a commission of inquiry over corruption allegations and you say you are a minister so you can’t be interviewed by an intern journalist. Is only in Ghana that a Minister or somebody in a higher position will look at your stature or position before giving you audience, these oppressor's rule must stop in our country because we are all human beings,” another journalist added.