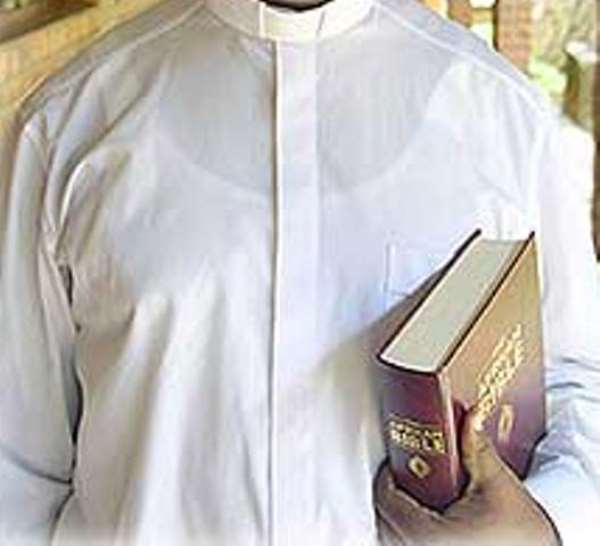 Like a worm after a heavy downpour of rain, the Catholic priest would zigzag his way into the lives of the innocent.

Like the poisonous cobra of African origin, the man of God wormed himself into their lives with the promise of pursuing a different course unknown to them.

Like a sheep, he adorned his words with sugar just to get their hearts mellowed.

Like a preacher, he downgraded the leadership of the 'town' so much so that his propositions appeared saintly in their eyes.

The son of man, the Catholic priest, was embraced by these innocent people. The town would soon meet prosperity.

No sooner had he ascended the throne of the town than he got rid of his cassock.

No sooner had he gone to the top than he threw away the Holy Book.

No sooner had he climbed up the stairs than he removed the white attire known to be part and parcel of his everyday life.

The elders who helped him up, he severed ties with.

The cheerleaders who helped him to the top, he distanced himself from.

The town's people became objects of his oppressive rule.

The Catholic priest rolled out his next plan, a plan he hatched long before he wooed them with his sugarcoated expressions.

He began to plunder the resources of the town.
He dethroned subchiefs and instituted his kingsmen as elders.

The man of hope has turned out to be the man of despair.

The Catholic priest who was to give peace is giving excruciating pain to the people.

Is he not a holy robber? Is he not a vulture draped in the attires of priesthood?

When a holy prostitute changes his attire, his skin remains unblemished under the attire.