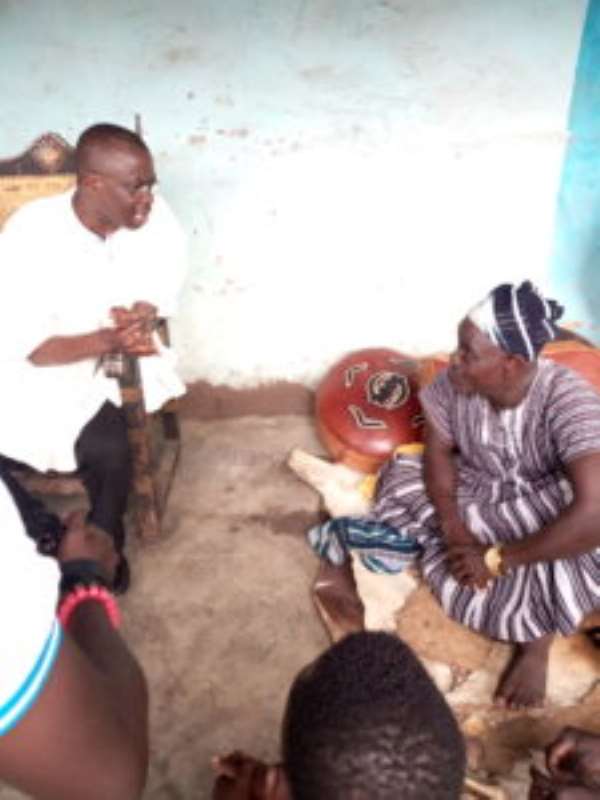 The Savannah Regional Minister, Honourable Salifu Adam Braimah has paid a courtesy call on the chiefs and people of Sonyor in the Bole district of the Savannah region.

Speaking at the Sonyonwura's palace during a mini durbar, the Regional Minister said he was very happy about the sustained peace in the Sonyo traditional area.

He commended the 5 member committee of chiefs set up by the Yagbonwura to find lasting ways to settle the chieftaincy issues in Sonyo and other areas in the Gonja kingdom for the positive results.

According to him, the role of the Sonyonwura in Gonjaland is very critical not only to the community but the entire Gonja kingdom since it is the Sonyonwura who takes charge of the kingdom until a substantive king is enskinned after the demise of the overlord of the Gonjaland traditional area, the Yagbonwura.

Honorable Salifu Braimah told the chiefs and people of Sonyon that he is visiting them because of the peaceful atmosphere they are enjoying.

Sonyonwura on his part commended the minister and his entourage for visiting his kingdom.

He said Hon. Salifu Braimah is the second Regional Minister to visit Sonyon and therefore could not hide his joy seeing them in his community.

He appealed to the minister to as a matter of urgency help in the construction of the Bole-Sonyo road which is a major source of worry to his people.

He also appealed to the minister to help resolve the unreliable telecommunication network of the area since it is difficult making mobile phone calls in the Sonyo area.

Sonyonwura mentioned how the school in Sonyo lacks furniture and accommodation for teachers including potable drinking water.

Honorable Salifu assured Sonyonwura government's commitment to bringing development to the doorsteps of the people of which the Sonyon traditional area will not be left out.

Chief Saaka Biawurbi thanked the minister for visiting him and that the decision taken by the committee set up by the Yagbonwura binds everybody including him and was grateful for the peace the people of Sonyon are enjoying as a result of the work of the committee.

The entourage also visited a Planting for Food and Jobs cashew nursery farm in the community. The minister was very happy and encouraged the youth to take advantage of the program to go into farming. 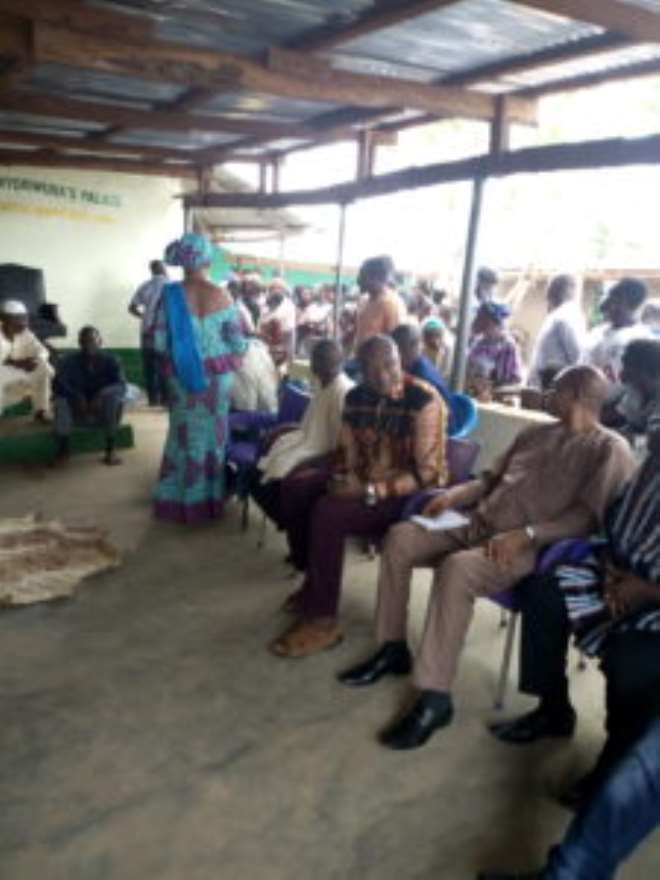 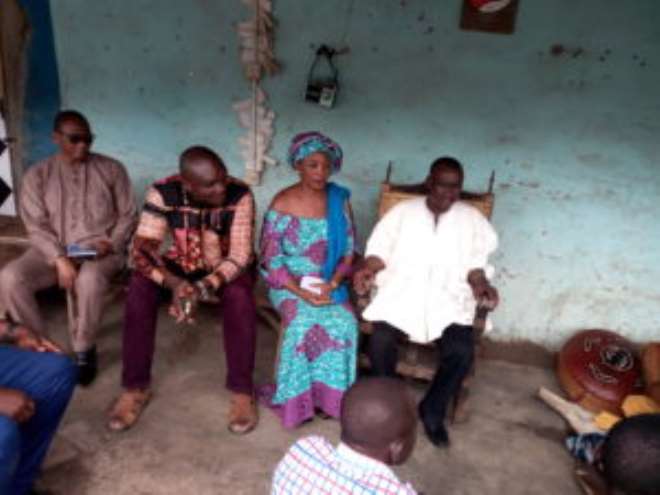