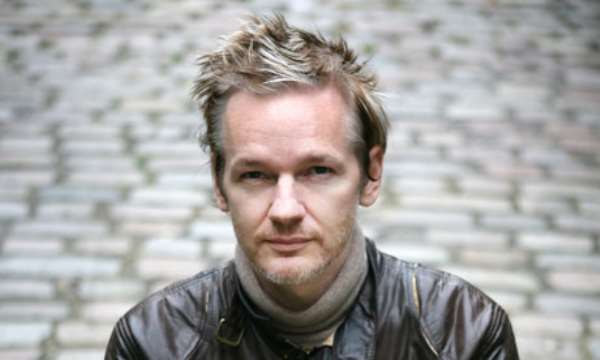 The Fourth Estate, that historical unelected grouping of society’s scrutineers, has become something of a rabble, and, as a confederacy of strewn dunces and the ongoing compromised, is ripe for analysis. An essential premise in the work of WikiLeaks was demonstrating, to a good, stone-throwing degree, how media figures and practitioners had been bought by the state or the corporate sector, unwittingly or otherwise. At the very least, the traditionalists had swallowed their reservations and preferred to proclaim, rather unconvincingly, that they were operating with freedom to scrutinise and question, facing down the rebels from the WikiLeaks set.

The Fourth Estate has, however, been placed on poor gruel and life support. Gone are the days when Bob Woodward and Carl Bernstein ferreted their way through sources and obtaining the material – leaks from confidential sources, no less – that would make them famous and lay the way for the demise of a US President. Such energy is frowned upon these days; the investigative journalist is being treated more as an irritating remnant, a costly undusted fossil. The way for what Nozomi Hayase calls the “Global Fourth Estate” is being well and truly paved as a result.

The corporate factor in this process is undeniable. The Australian media tycoon and ageing tyrant Rupert Murdoch has proven to be the kiss of death to much decent journalism, though he is by no means the only contributor. As a man who takes pride in directly intervening in the policies and directions of his newspapers, identifying the credible view from the crafty slant is a hard thing. Political and business interests tend to converge in such an empire. Balanced reporting is for the bleeding hearts.

Meshed in this compromised journalism is a particular type of commentator, the holder of opinions with an open channel to the national security establishment. They are the Deep Throats turned into media judges and avengers. They might be flatteringly called the national security fraternity, a club of the military and espionage clubbables, the sort who find it inconceivable that someone from the public might throw open the larder of government secrets to expose a state’s misdeeds. It went without saying that such individuals would see, in WikiLeaks, the incarnation of a pseudo-intelligence service, or at the very least, its tailor for one.

The national security fraternity is typified by the revolving door. It whirs around, not merely in oil companies, the US State Department and merchant banks, but the issue of the media stable. The state demands its permanent loyalties; those who have served in advisory roles in the state will keep paying once they leave. Security-trained and watered thoroughbreds are bound to see outliers and vigilantes as challengers who need to be put down.

Samantha Vinograd supplies a nice example. The crossover into journalism from the National Security State (NSS) is made from experience as advisor to the National Security Council as the Director for Iraq. (That could hardly have gone that well.) Her teeth well cut on security matters and advice, her journalism is bound to be tinged and flavoured by the apparatus of the state. Julian Assange, she argues, is “the self-anointed director of his own intel service.”

The evidence she assesses on whether Assange requires punishment is deemed self-evident; the evidence comes from a source that need not be questioned. Vinograd exudes the confidence of one clutching to the inside of the establishment, and one with lapels suggesting patriot and defender of state. An Assange-like figure is bound to not merely be poison making its way to the vestal virgins; it is a figure to be extirpated.

In casting her own eye over the list of expanded charges against Assange, has taken the allegations against him of espionage to be factual. But she does so by attempting to repudiate his credentials as a publisher and journalist. “If anyone is making the [sic] Assange is a free speech champion, read paragraph 36,” she intones. “He knowingly endangered the lives of journalists, religious leaders, human rights advocates, and political dissidents and did incredible harm to all our security.” This devious interpretation on the part of the drafters has the purpose of demonising Assange – self-interested, maniacal, even sociopathic, they imply – while tagging, at the end, the only issue that concerns the US security apparatus: the fictional endangering of US national security. Absent here are observations and studies by the Pentagon which claimed on several occasions that there was little in way of evidence that lives had been compromised in the leak.

The same goes for former FBI types who see the accumulating dossier against Assange as an incriminating tissue of evidence. The issue here was pre-determined; it is shut and done. There is no broader philosophical point, because the only point that matters is realpolitik and the beating heart of the secretly minded patriot. Curiously enough, the distinction between liberal and conservative, Democrat and Republican, ceases to exist in such circles. We are left with the operating rationale of the big bad NSS, decked out in all its nasty, modern tinsel.

Asha Rangappa, former FBI “special agent” and editor at Just Security, is one of the NSS’s glorified commentators, even if much of her strategy lies in cringeworthy self-advertising. She was drooling with a certain social media imbecility at the news that an 18-count superseding indictment against Assange had been issued by the Department of Justice. “Awwwww yeah,” came her remark on Twitter. Don the gloves; go into action: Team America needs you.

If a certain type of blinkered understanding is what you are out for, then she is your glamorous source. She was keen on putting away “bad guys”; she “rooted for the United States to beat the Soviet Union in the Olympics”; she acknowledges who “we had to fight for our values”. McNamara is won over, and hardly one to question. “Rangappa knows from previous experience how the FBI handles Russian spies and disinformation; add to the mix her professional skill at explaining complex ideas, and she is ideally positioned to break down the bewildering political events in recent years.” If you consciously avoid or fail to spot the inauthenticity in any of that, then you are well on the way to joining the National Security Club.