By Northern Patriots in Research and Advocacy 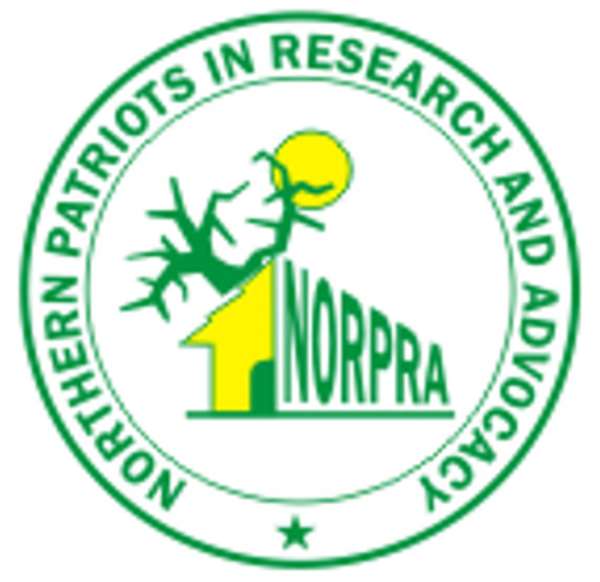 The Coalition of Northern Savannah Civil Society Organizations (CSOs) led by Northern Patriots in Research and Advocacy (NORPRA) is calling on government particularly the Ministry of Finance to, as a matter of urgency, review the $1 million per constituency policy as it prepares to present the 2019 Mid-Year Budget Review to Parliament.

A careful consideration and deeper reflection on the different levels of poverty in each of the regions and districts that have the 275 constituencies in the review of the policy will help inform government’s policy decision to do away with the current Policy which is more of a Policy of Equality premised on weak assumptions that all constituencies have the same levels of poverty hence the policy declaration of $1 million, 1 Constituency.

The weak and poor assumption of the policy, in the view of the Coalition, is being strongly exposed by a number of credible poverty statistics in the country. For instance, the Ghana Poverty Mapping Report (2015) points out clearly that while constituencies in Wa West and Sissala West in the Upper West Region, Builsa South in the Upper East Region and East Gonja in the Savannah Region have poverty levels of 92.4%, 82.2%. 84.4%, 84.2% respectively, the story is totally different in other areas as much lower poverty levels are recorded in areas such as Cape Coast Metropolis (2.6%) in Central region, Suaman (6.0%) in the Western region, New Juaben Municipal (4.6%) in Eastern region, Asokore Mampong Municipal (3.3%) in Ashanti region, and La Dade Kotopon Municipal (1.3%) in Greater Accra region

Government needs to note that ignoring poverty levels and using constituency as basis for resource allocation for infrastructure for poverty eradication is simply going to re-enforce the status quo by widening the unquestionable development gap between the southern and northern parts of the country. This is so because while the Upper West region, for instance, with poverty level over 80% will be disbursed $11 million per annum due to its 11 constituencies, the Greater Accra and Ashanti regions with regional poverty levels of 5% and 14% respectively would be disbursed $34 million and $47 million per annum due to the number (34 and 47) of constituencies.

As a matter of fact, a serious re-think and review of the policy will, in no doubt, reposition and influence government to allocate national resources in a much better strategic way to effectively address high levels of poverty, deprivations and inequalities in the country.

Considering the aged-long structural and systematic marginalisation of northern Ghana through different state policies before and after independence which is largely the reason for today’s high incidence of poverty and deprivations in the area, it is important that government pays much more attention to the Northern Development Authority (NDA) by increasing budgetary allocations of $5 million per constituency to NDA under the Infrastructure for Poverty Eradication Programme (IPEP).

It is again the expectation of this CSOs Coalition that government would appreciate our position that a Policy of Equality as applied in IPEP is not the best policy option to effectively transform the northern savannah belt and address inequalities and the development imbalances in Ghana.

A quick review of the policy would undoubtedly be a good sign of a strong political will to accelerate socio-economic transformation of the northern savannah belt and reverse the tide of impoverishment in the area.

We wish to conclude by stating that this CSOs Coalition is more than ready to give full support, collaborate and partner NDA for effective implementation of all pro-poor policies and programmes of the government.