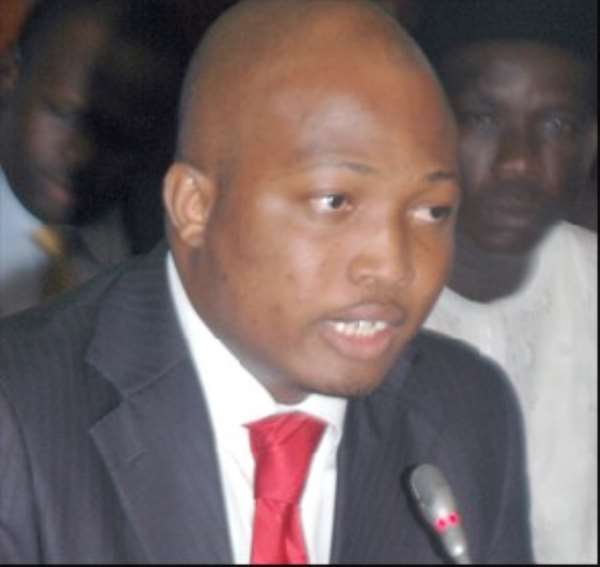 The Member of Parliament for North Tongu Samuel Okudzeto Ablakwa has urged members of the National Democratic Congress (NDC) to be civil and conduct a peaceful campaign toward the upcoming party elections. He said the (NDC) is a family hence it is in their interest to have a violent free campaign and election. He said this will strengthen the party to win power, come 2020.

Mr. Ablakwa who also serves as a ranking member on the foreign affairs committee in parliament is seeking re-election to represent the people of North Tongu constituency for the third term. ''There are many outstanding projects that we have lobbied on behalf of my constituency which we are working to complete projects such as a seven hundred capacity dormitories for Dorfor senior high school, classroom projects, science resource centers, Volivo bridge, Aveyime-Asutware road and many others, hence the need for me to heed to the call of my constituency who have commended me and want me to represent them in parliament for another term '' Mr. Ablakwa said. He added that independent researchers have also named him as one of the hardworking Members of Parliament in Ghana, looking at the projects implemented in the constituency.

He said it is prudent for electorates to retain MPs who are making remarkable contributions in their constituencies. He added that the current government have failed in delivering on their promises such as 1D1F, 1 village 1 dam. He said the New Patriotic Party (NPP) government secured eighty billion cedis loan but have not been able to point out any project made out of the loan. Mr. Ablakwa said when the National Democratic Congress (NDC) were in government, under the leadership of ex-president John Dramani Mahama, they established the Ho airport, the Kwame Nkrumah Circle and the Kasoa interchange, ridge hospital, Ho and Kejetia markets and others with four million cedis loan. He called on Ghanaians to vote for the NDC come election 2020 to enable the party to roll out more developmental projects to build a better Ghana. Mercy Nimo