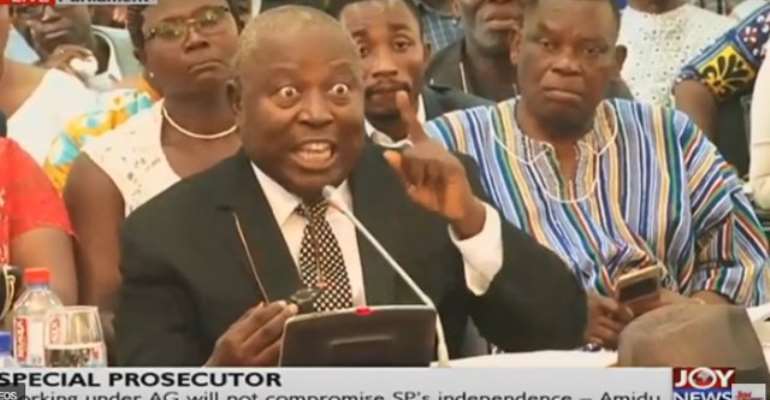 The Executive Director Institute of Democratic Governance (IDEG), Dr Emmanuel Akwetey has charged the Special Prosecutor to name public officials he has accused of frustrating the fight against corruption.

“We have to know which individuals are subverting to have the public service sanction system deal with them,” he spoke on Newsfile on the JoyNews Channel , Saturday.

The Special Prosecutor who has been under pressure justify the creation of the office in 2018 has said, some heads of public institutions are either failing to release information or deliberately withholding information needed to fight corruption.

This is “in spite of the fact that the President has on a number of occasions admonished them on such misconduct” he said in the statement titled, “Challenges of the Office of the Special Prosecutor in Fighting Corruption in Ghana.” 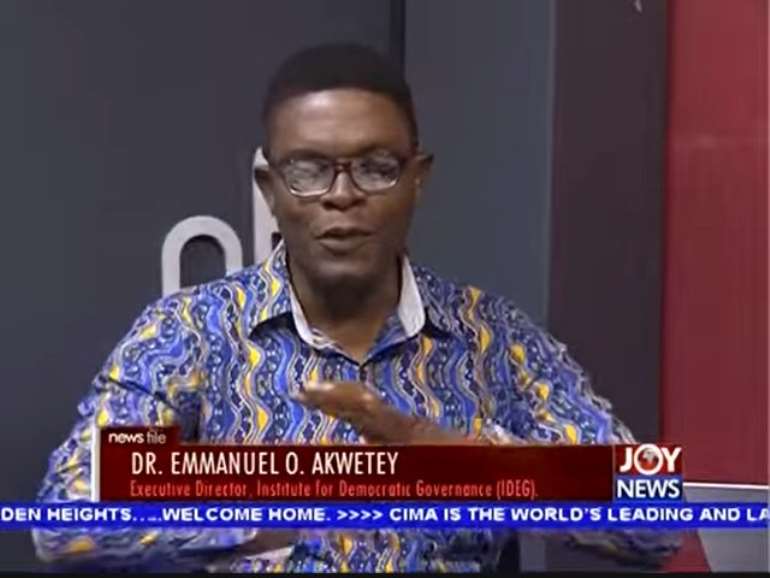 Dr. Aketey said the claims made by Martin Amidu are serious enough for the Special Prosecutor to activate a next line of action by going to court to compel these public officials to release the needed information.

The civil society leader wants anti-corruption groups to support the Special Prosecutor but urged Amidu to also involve these societies.

The IDEG Executive Director also believes Amidu has been put in a dysfunctional public system which is affecting the effectiveness of his office.

“The public service, its systems, its professionalism, its efficiency….and the sanction system has collapsed. Nobody is in charge and this is destroying our country.”