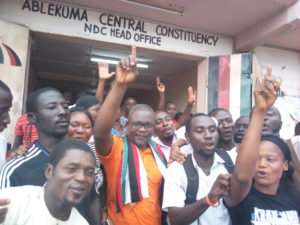 Former Presidential Staffer and a member of the National Democratic Congress (NDC) Communication Team, Hon. Alhaji Halidu Haruna has submitted his nomination forms to contest the NDC parliamentary primaries at the Ablekuma Central Constituency in the Greater Accra Region slated for August this year.

Alhaji Halidu and his supporters stormed the party office clad in his t-shirts and party paraphernalia amidst singing and dancing.

Briefing the party supporters, the Constituency Secretary, Mr. Sumaila Alhassan appealed to the candidates and their supporters not to indulge in any form of insults and attacks on their opponents since the contest is a family affair.

He further appealed to the candidates to engage in clean campaign and see each other as one family and not enemies.

He urged supporters to be mindful of campaign messages and attacks on personality which would have effect on the party's chances in the upcoming general elections in 2020.

He said, per the party guidelines, any candidate who maligns other opponents in the family race would be sanctioned.

According to him, three PC hopefuls including Alhaji Halidu Haruna, Alhaji Abdul- Latif Dan and Mr. Sam Nartey Foli Creppy picked their nomination forms on July 10 to 12, 2019 however, two out of the three filed for their nomination to contest.

On his part, Hon. Alhaji Halidu Haruna pledged to abide by the guidelines of the party's electoral process and advised his supporters not to engage in any form of abusive language against his opponent during their campaign.

According to him, there is the need for a strong unity within the party in the constituency before, during and after the primaries to face the ruling New Patriotic Party NPP in 2020.

Hon. Alhaji Halidu Haruna further pledged to meet the demands of the people within the constituency adding that the people of Ablekuma Central contributed massively to his achievements in politics, therefore it is his responsibility to give back to them by improving their living standards and bring massive development to the constituency when given the nod to lead the party in the constituency.

However, the National Democratic Congress, NDC, has slated August 24, 2019 for its Parliamentary primaries in the Constituencies.

The party on July 10 to 12 open nominations to all aspirants who wants to contest in all the constituencies party offices to pick their nomination forms.

Vetting follows immediately from the 24th to 25th July throughout the country, whereas various appeals after disqualification will take place on the 29th to 31st of July this year. 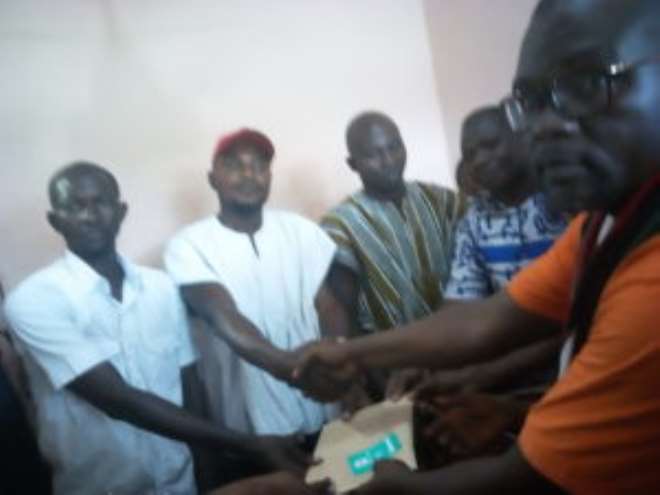 I Will Soon Deal With The Callous Agenda Of Bile From The L...
19 minutes ago