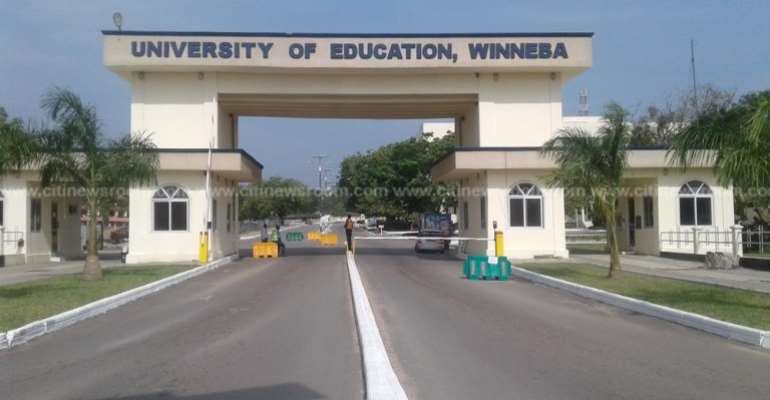 The July congregation for the 2018/2019 graduands of the University of Education, Winneba has been postponed indefinitely.

The anagement said the decision to put postpone the graduation for the students from its Winneba, Kumasi and Ashanti Mampong campuses was due to ‘circumstances beyond their control’.

A statement signed by the University’s Registrar indicated that a new date for the congregation will be soon announced once its governing council is reconstituted.

“Due to prevailing circumstances beyond our control, the much advertised and scheduled July Congregation for the graduands of the 2018/2019 academic year on the Winneba, Kumasi and Ashanti Mampong campuses has been postponed indefinitely.”

“New dates for the Congregation shall be announced as soon as the Governing Council is reconstituted for the University. Any inconvenience caused to the general public, stakeholders, especially the graduating class of 2018/2019 academic year is deeply regretted”, portions of the press release added.

SRC raises concerns
The Student Representative Council (SRC) of UEW earlier warned that over 16, 000 students will not graduate if the government fails to constitute a new governing council to oversee to activities of the university.

According to the SRC, school authorities had set July 22 as the deadline for graduation.

SRC President, Emmauel Oduro Fosu explained that the mandate of the old governing council expired on July 17, 2019, hence the need for the school to get a new council.

“We have from now till Sunday for government to constitute a new Governing Council else the life of over 16,000 students will be in limbo,” the SRC President said.

He indicated that graduating students had already started arriving on campus for the ceremony which is slated for Monday, July 22, 2019.

The uncertainties surrounding the reconstitution and swearing-in of the new governing council has created tension on campus.

According to the SRC President, the bizarre situation was a mockery of the painstaking preparations, time and effort invested into the July congregation by both students and staff.

“Students need to graduate on time in other to make them more competitive on the job market and also to allow for smooth transition of other students into other postgraduate programmes” Emmanuel Oduro Fosu added.