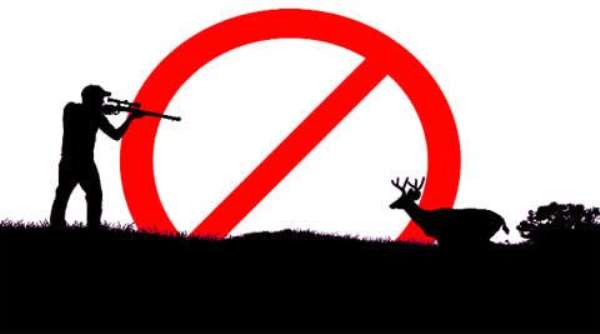 The Wildlife Division of the Forestry Commission has announced a ban on hunting and capturing of wild animals during its closed season beginning August 1 to December 1, 2019.

The move is among measures to curb the decline of wildlife resources in the country and offer respite for the animals during their breeding period.

A statement signed by the Deputy Chief Executive of the Forestry Commission, John Allotey, said during the period hunting, capturing or destroying of any wildlife species are prohibited.

However the only animal that can be hunted is the grass-cutter and that should be done with a valid license issued by the Wildlife Division of the Forestry Commission.

The statement said that Ghana is among other African countries set to benefit from a period of economic growth through sustainable Eco-tourism and this can only be achieved based on the abundance of wildlife heritage.

It appealed to the public, hunters and stakeholders in the wildlife enterprise to halt their activities during the closed season and be circumspect during the open season to help create a sustainable environment and improve the socio-economic status of citizens.

The statement also advised the public to obtain a license before hunting during the open season which is set to start from December 2 to July 31, 2020, adding that adherence to this regulation will aid in achieving goal fifteen of the SDGs.

It appealed to the security agencies to support the enforcement of the close season ban.