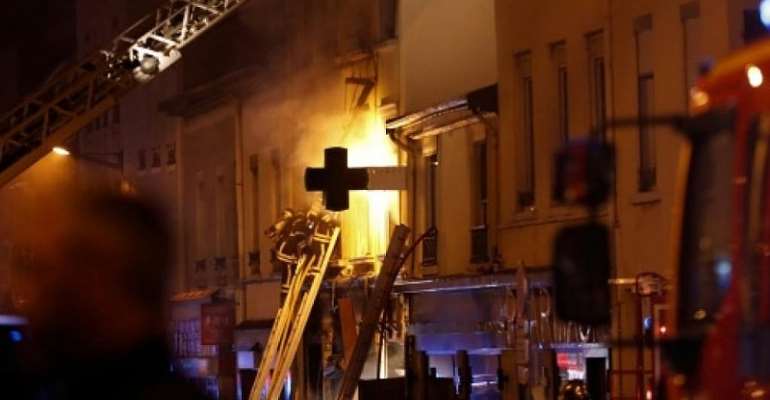 Lyon's public prosecutor has remanded in custody two owners of a bakery that burned down in February, killing a pregnant woman and her four-year-old son, in a suspected case of arson insurance fraud.

"Although they deny the facts, they are accused of having organized burning their business, in order to benefit from insurance money," Lyon public prosecutor Nicolas Jacquet said in a statement.

The two were arrested on Thursday for the fire, charged with complicity to destroy a business, manslaughter and “attempted insurance fraud.”

The fire broke out on 9 February, killing the pregnant woman, her son, and injuring two others in Lyon.

The case is still under investigation, but prosecutors believe there was no intent to target and kill the family.

One suspect, a relative in his 50s, was indicted and imprisoned for complicity in the crime at the end of February.

Another 50-year-old suspect, who was identified immediately after the blaze, is currently on the run with an international warrant out for his arrest.