Ronaldo's Demonstration Of How To Love Someone The Way He Looks 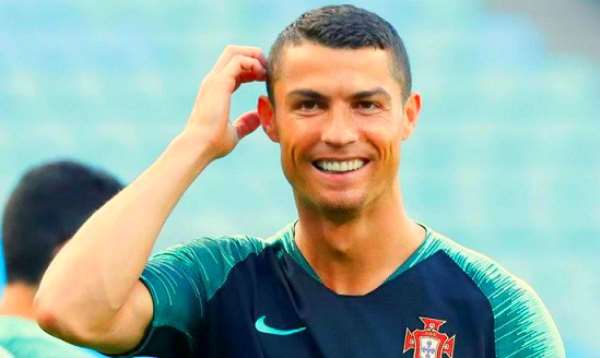 Once in Madrid, Spain, the great Portuguese professional footballer, Cristiano Ronaldo, who has played for great football teams, including Juventus and Madrid, disguised himself and went to a square in Madrid. He fastened his dog to a chair and took out his football and started playing.

As he shows his skills and experience in football, many people passed by, yet nobody cared about him. He passed the ball to some elders but they weren’t interested.

After some time, he retired to take a little rest and he started all over again. At that point, some people became interested and gave him a little attention, yet no one has seen the one behind that false hair and beard.

All of a sudden a small boy who may have an immense passion for football started playing with Ronaldo. After a while, he stopped the game, took the ball and signed his signature on it, then starts to reveal himself.

Step by step, after removing everything covering his identity, the crowd which has gathered recognized him and suddenly appeared a thunderous scream because they have seen Ronaldo face to face. The cameras start clicking, mobile phone cameras as well went crazy taking pictures of Ronaldo.

As the crowd swells, Ronaldo knew it’s time to leave but the people followed him. The significance of this article is, in life, why some people always look down on others because of the way they looked or are not famous?

Someone who sees his neighbour every day may not cherish, adore or like him, yet he admires someone he has never seen before because he is a film star, president, minister, footballer, actress, musician or simply a celebrity.

Everyone wants peace and eager to live happily, yet many never give peace a chance. The world is full of hate, hypocrisy, lies, and jealousy but what many have failed to realize is the world we live in can’t change on its own until those who want to destroy it change their wicked ways.

Everything on this earth which has breath is a living thing and, therefore, must be respected. Ronaldo’s experience behind the false identity speaks a lot. We must learn to respect and love people the way they are but not because of their status or position in society.