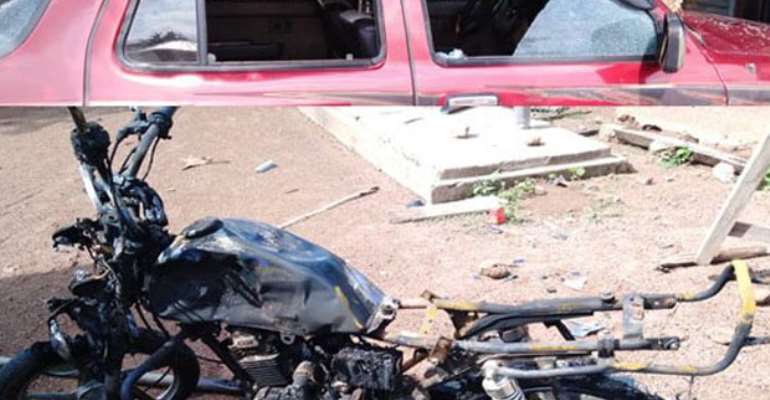 The death of a student and another suffering injury after they were hit by warning shots from the police deployed to stem the riot in a Sandema school in the Upper East Region is disturbing.

It can only be imagined the mood of the parents of the two students and the student-body as a whole at this time. Losing a son in such a fashion is a painful experience which no parent should encounter.

The journey from infancy to the time of admission to a senior high school is a long one involving money and stress. That is why when such a situation befalls a father or mother, the resultant reaction could be nasty. The need for the education authority in the district and the region as a whole to calm down tempers cannot be overemphasized.

School authorities must, as managers of these institutions, monitor all developments within their jurisdiction so they can easily smell discontent and determine a means of managing them before they blow up the way the Sandema Senior High/Technical School did.

The information that the members of the school cadet corps engage in law enforcement on the campus of the school makes monitoring of the arrangement even more important.

It should not be ignored the possibility of the abuse of the authority delegated to the cadets by the headmaster and his team. The initial reports emanating from the school and as contained in one of the stories in this edition point at a growing discontent by the students about the enforcement of the school by-laws on them.

It is this incendiary situation which exploded when those who suffered punishment at the hands of the cadets told their colleagues in the dormitories.

The story spread like wildfire hence the near spontaneous attack on both the cadets and teachers associated with the maintenance of disciplinary measures on the campus by the infuriated students.

There should have been a periodic review of the assignment of the cadets on the campus to isolate challenges which could have been nipped in the bud before they escalate into a melee.

The death toll could have been more than was recorded and the statistics of the injured even more given the commotion which set in and the poor riot management tactics of the police.

The police need modern anti-riot gadgets so they can avoid the use of lethal weapons. Using AK 47s to quell students' riot in a school for us is like using sledgehammer to kill a mosquito. We do not dispute the fact that some of the students were pelting the cops with stones. There are state-of-the-art gadgets for riot control which under special circumstances are more appropriate.

Considering the number of casualties recorded in recent times when cops went riot controlling the Eastern Region being a case in point, it is our position that the AK 47 and other assault firearms should not be used in riot control.

Students too must be counselled periodically by both their parents and the school authorities about the importance of discipline. This is not the first school riot in the Upper East Region; there was an earlier one in Bolga that resulted in the destruction of property.