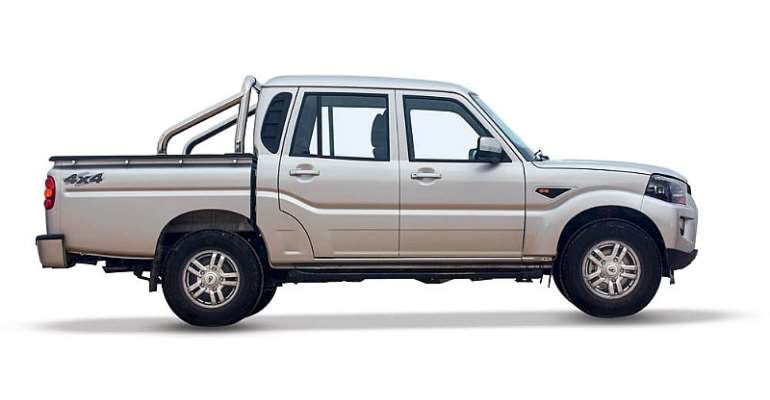 The statement signed by the spokesperson to the Coordinating Council, Alhaji Abu Forgor expressed concern about the various versions of reports circulating in the in relation to the missing Toyota Hilux Pickup with registration number ER 3516-19 and chassis number AHTKK8VDD200676016 belonging to the RCC.

Mr Forgor stated further that the different versions of the media reports make the matter confusing.

He said the case was reported to the Tamale Metropolitan Police Station, Tamale on 7th July 2019 and the police and other related security agencies have since commenced investigations and vigorously searching for the missing vehicle.

The Office of the Savannah regional Coordinating Council's (SRCC's) attention has been drawn to different versions of reports being circulated in the media including social media in relation to a missing Toyota Hilux Pick-up vehicle with registration number ER 3516-19 and chassis number AHTKK8CDD200679016 belonging to the office of the SRCC. The different versions of the media reports make the matter very confusing.

The Office of the SRCC reported the issue to the police and other security agencies to conduct investigations in to the matter.

Unfortunately, the office of the SRCC has observed with deep concern the mischief with which some of the social media portals and media houses are reporting the matter without recourse to the police for accurate information on the matter.

On the basis of foregoing coupled with a myriad of distortion in the reportage so far, the office of the SRCC has decided to come out and set the record straight.

A forth night ago, the Hon. Savannah regional Minister was traveling to Accra on an official assignment. His flight was scheduled to take off about 8:30 am on Thursday, 4th July 2019. His driver alighted him at the Tamale Airport and was instructed to park the vehicle at Mr. Sulemana Illiasu's residence.

The driver complied as directed. Unfortunately, according to Mr. Sulemana Illiasu, on Saturday 6th July, 2019 (ie 8:30pm-9:00pm), unidentified armed men wielding AK47 guns broke into his house and forced him (Mr. Sulemana Illiasu) out of his living room and ordered him at a gunpoint to surrendered the key of the vehicle.

Thereafter, Mr. Sulemana Illiasu further disclosed that he was dragged to the compound where the vehicle was parked, blindfolded and bundled him into the back seat of the Toyota Hilux Pick-up and drove him away to a remote bushy area where he was abandoned and took away the vehicle.

The case was reported to the Tamale Metropolitan Police Station, Tamale on 7th July 2019. The police and other related security agencies have since commenced investigations and vigorously searching for the missing vehicle.

While the Hon. Regional Minister appeals to all to remain calm and allow the security agencies do their work, he also urges all patriotic citizen who has information that can lead to the recovery of the missing vehicle should not hesitate to contact the Tamale Metropolitan Police command, Tamale or any nearest police station.