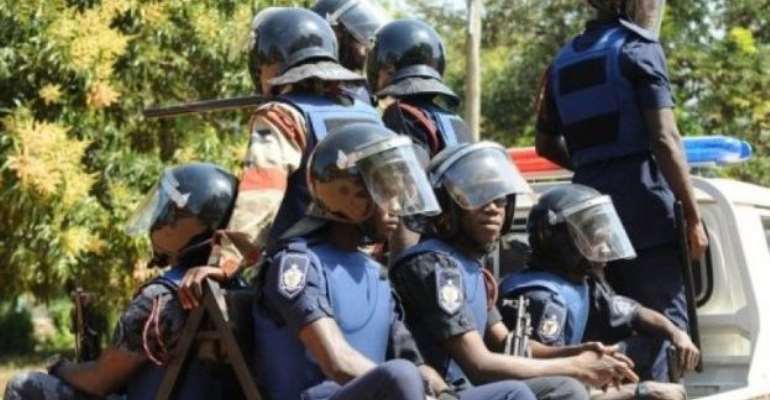 The family of a 23-year-old man who was shot to death at Odumase-Krobo is outraged by the apparent exoneration of the police from firing the gun shots.

The family is therefore calling for new investigations for the real perpetrators of the act to be identified.

Family members of the late Thomas Partey who was shot and killed during the spontaneous protests against the Power Distributions Services, PDS at Odumase-Krobo believe the police are to be blamed for their son’s death.

An attempt by the Power Distribution Company (PDS) to recover debt owed the company in Yilo and Manya Krobo in the Eastern Region turned bloody in May 2019 with the killing of Thomas Partey and gunshot wounds to six persons, one of whose leg has been amputated.

The release of the report followed persistent requests from the family to the Odumase-Police Command and subsequently to the Inspector-General of Police.

According to the head of the family, Winfred Sam Partey, the report was fraught with inaccuracies and untruths.

Winfred Sam Partey, family head and spokesman of the Nene Koryotse We (family), also found as unacceptable what he called a scanty autopsy report released by the Police Service prior to Partey's burial on Saturday, July 13, 2019.

The failure of the police to present a formal report to the family following the death of the deceased prompted the family to formally request for the report.

The family in a letter dated 10th June, 2019 addressed to the Odumase Police command and copied to the Dorm Matse (Dorm Chief), the Divisional Police Commander and the Municipal chief executive, demanded a copy of “the investigative report on the incident to enable the family fully appreciate the circumstances that led to the untimely demise of our son”.

Failure by the police to respond to the family's demand, the family in a letter dated 24th June, 2019 prompted a petition to the IGP, a letter which also did not yield any positive result.

The family issued a statement threatening to dump the remains of the deceased at the Odumase Police command if they did not get any report on the death.

But the report, signed by Supt Michael Addae did not implicate the police in the death of the deceased but rather said the source could not be identified.

The head of the Nene Koryotse We is also disputing part of the report which claimed that about 1000 people armed with guns and machetes were on a mission to among others, kill the Municipal Chief Executive, Simon Kweku Tetteh, burn down the municipal assembly and set the MCE's vehicle ablaze.

Mr. Partey’s family is thus calling for new investigations on the exact circumstances that led to the death of their son.

“In fact the report that they gave, I'm not satisfied with it at all so I want the police to give me a proper investigative report on the death of my son, else, I'll advise myself,” warned Mr. Partey.

The autopsy report sighted by this journalist and signed by Chief Superintendent Dr. O. Owusu Afriyie at the Police Hospital in Accra attributed the cause of death to “hemorrhagic shock, severe chest injury and gunshot at close range”, without any further details, a report the family head is unhappy with.

The victim's family have therefore appealed to the Ghana Police Service to conduct further investigations into the incident and ascertain the exact circumstances leading to Partey's shooting.