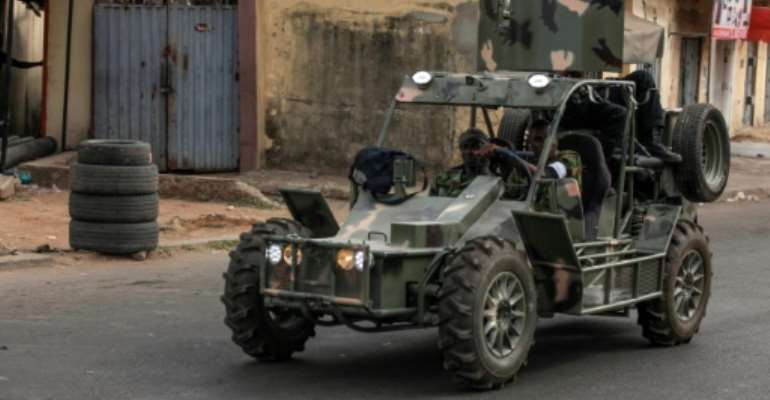 The abduction happened in Kaduna State -- a region beset by violence between farmers and herders. By KULA SULAIMON (AFP/File)

The finance minister for Nigeria's Zamfara state, who was kidnapped by gunmen in an ambush that killed his deputy, has been released along with one of his aides, a regional spokesman said Wednesday.

The government "expressed happiness over the release of the state's Director of Budget... and one other person who were kidnapped at gunpoint," the Zamfara state spokesman Yusuf Idris said in a statement.

Officials "commended the victims' friends and all those that negotiated the release," Idris said.

On Sunday gunmen dressed as security personnel kidnapped Zamfara finance minister Hamza Salihu along with two aides and killed his deputy on a highway in neighbouring Kaduna state, a region beset by violence between farmers and herders.

The spokesman did not comment on the fate of the second kidnapped aide and did not say whether ransom was paid for the hostages' release.

The victims were on an official trip when they were ambushed by the gunmen, who also injured a female colleague of Salihu.

Kidnapping attacks have surged in the northwest of Nigeria, the home region of President Muhammadu Buhari.

Entire villages have been deserted for fear of raids by criminal gangs that have made a haven of the dense forest that spreads across northwest Nigeria and into neighbouring Niger.

Covid-19: Ghana not part of countries banned by Netherlands ...
29 minutes ago