Eye on France: Are you food insecure or simply hungry? 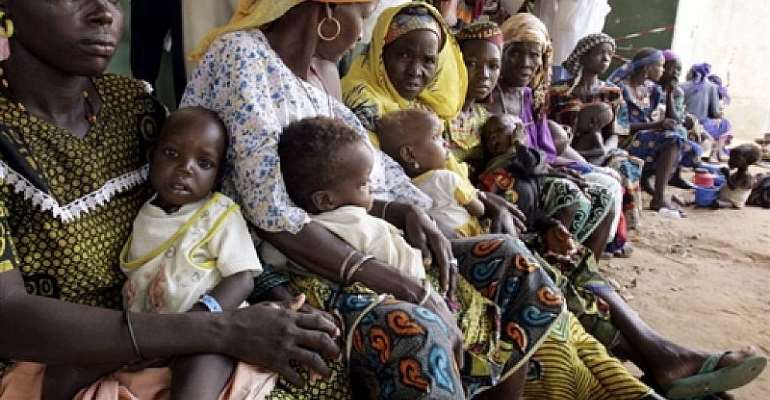 Many of us in the so-called developed world might have thought that mass hunger was a thing of long ago and far away. A report on global food security published this week by a clutch of UN agencies proves the very opposite.

While we in the West worry about obesity and whether our eating habits are ecologically sustainable, the overall number of the under-nourished has climbed steadily over the past four years, to the point where the global situation is now almost as bad as it was a decade ago.

There are 7.7 billion people on the planet as we speak, and more than enough food to feed them all correctly. Theoretically, at least. Except that the food and the people are not always in the same place. If the people in question have money, they can eat mangoes in Moscow or avocadoes in Auckland. For the poor in many tropical zones, however, food is being exported by air while those who help to produce it are left to go hungry.

The chances of completely eradicating hunger by the year 2030, one of the millennial goals, is more than ever in serious doubt.

Le Monde says turning these distressing figures around is going to be the biggest challenge facing the in-coming director of the Food and Agriculture Organisation, Qu Dongyu, who takes up the new job next month. But he won't be able to do anything without a concerted international effort.

A new way of calculating hunger!
The way we calculate hunger has changed. Your nutrition status can be worked out by dividing the number of calories you consume on a daily basis by the amount of energy you expend. But the measure known as “food security” is much broader, and refers to the regular availability of a supply of food which is healthy, balanced and nutritious.

The absence of food security leads to two very different populations that share the same level of malnutrition: the third world poor, who are typically thin as rakes because they don't eat enough, and the first world poor who compensate for a lack of quality, which is expensive, by eating excessive amounts of junk food, thus becoming obese. Despite all their differences, both these populations qualify as undernourished.

So the old problem which we used to think of as “famine” is now recognised as something much wider, with more complex implications for public health. And which gives rise to some truly staggering statistics.

If you add the 700 million people who are currently victims of severe food insecurity, who are in other words, hungry, to the 1.3 billion who suffer from moderate food insecurity, eating cheap junk because they either don't know or can't afford any better, you get a total of two billion, more than one quarter of the human race, who don't eat properly.

And the downstream effects are dramatic: one third of the world's women of child-bearing age are anemic, increasing the risk of mortality in child-birth, and leading to smaller, weaker new-borns.

Farmers in Africa most likely to suffer malnutrition

Africa is the continent where you're most likely to be food-insecure, with 52 percent of the population affected; then comes Latin America at 31 percent; and Asia at 23 percent. North America and Europe is the only geographical zone that seems to be making progress, with food insecurity declining from 10 percent five years ago to 8 percent now.

Paradoxically, those who live in rural areas are the most likely to suffer, three-quarters of the world's hungry being agricultural workers of one sort or another.

And while the past two United Nations' reports on global malnutrition blamed either armed conflict or climatic change for the increase in the problem, this time the principal culprit is economic recession.

That means that some middle-rank nations have been badly hit by a decline in the value of their food exports, exacerbated by an increase in the cost of food imports. Kenya is one example.

A problem amplified by short-term policies
The non-governmental organisation Sharing the Earth points to the fact that agricultural policy since the 1990s has been forced towards monoculture by the world price of certain products . . . think of cocoa in Cote d'Ivoire, or cotton in Burkina Faso, or palm oil in Malaysia. Once the world price for the crucial crop declines, there's less money available to buy the food that had been forced off the land.

And the agricultural world has not fully recovered from the 2008 crisis. The charity Oxfam says most governments responded by struggling to produce more food, without seriously examining the fundamental social, agricultural and economic problems which had left their populations so exposed in the first place. Certain giant food processing and fertiliser multinationals have profited by taking effective control of huge swathes of the earth's productive surface.

The problem, once again, is not that there is not enough food. The problem is to start using the land efficiently, not to produce inedible raw materials for multinational investors, but to grow the food needed by local populations.