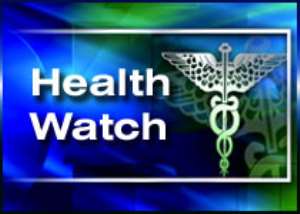 Accra, Feb. 4, GNA - Cases of sexually transmitted diseases, hitherto found among adults, are now being reported in children as young as 13 years, a gender advocate has observed. According to Ms Gloria Ofori-Boadu, a Member of the National African Peer Review Mechanism Governing Council (NAPRM), most girls become mothers and sexually active before turning 18, thereby making them highly vulnerable.
Speaking at the end of a four-day Workshop for school kids in Accra at the weekend, Ms Ofori-Boadu called for a concerted effort in dealing with problems confronting the youth. The Workshop was on Adolescent Reproductive Health and Leadership Skills Development, organised by the Women's Assistance and Business Association (WABA), a non-governmental organisation.
The kids were drawn from "Adenta Community Schools," "The Light Academy" and "Adenta Roman Catholic Basic Schools" who were educated on adolescent development and puberty changes, sexual reproductive health and sexually transmitted infections, and peer pressure.
The topics discussed also included teenage pregnancy, as well as the spread and prevention of HIV/AIDS.
Ms Ofori-Boadu, who is the President of WABA, identified irresponsible parenting, poverty, violence, as well as negative media reports and screening of pornographic films, as factors contributing to the moral decadence among the youth.
"Promotion of promiscuity on the airwaves and nude pictures in the newspapers are things that affect the decent development of children," said Ms Ofori-Boadu, a former head of the Federation of Women Lawyers, Ghana.
She entreated parents to be role models to their children and help build good foundations for their adulthood.
"Parents should take keen interest in their children during their adolescence since it is a critical period that can make or unmake them - It is this period in their lives when a lot of things happen to them and therefore (they) need proper guidance."
According to her, adolescence is a period when girls easily get pregnant and boys start learning bad habits such as smoking, drinking and drug taking, which could result in their becoming school dropouts or street children.
"When this happens, they become a burden not only on their parents but on the society and the country as a whole". Adolescent reproductive health is crucial for the development of the country and every society, therefore, needs to be sensitised on its importance, she added.
Speaking in an interview with the Ghana News Agency, 13-year-old Michael Assufi of the Light Academy, appealed to parents to learn about reproductive health to enable them provide reliable and timely guidance to adolescents to enable them to grow into responsible adults. Master Assufi expressed satisfaction with the workshop, saying it had exposed him and others to the realities of adolescent reproductive life and urged parents to be open with sex-related discussions with their children.
"I have realised that many of our parents shy away from discussing issues bordering on sexuality and reproduction; its either they do not know the issues or they do not know how to go about it." He noted that some parents consider issues relating to sex and reproductive health as a taboo, thereby leaving their kids with no choice, than to experiment or rely on their peers for information, which may be inaccurate or distorted.
On his part, Master Victor Kumbol, a 12-year-old JSS two pupil of Adenta Community School, told the GNA that parents, who are knowledgeable about reproductive health could easily identify physical, biological and psychological changes in their growing children and help them to deal with such progress.
Miss Eunice Lettu, a 17-year-old pupil of Adenta R.C Basic Schools, said most often, young people develop the zeal and quest for independence and that parents often failed to respond effectively to their needs at those critical moments, leaving them to their fate. "We develop a critical mind, become outgoing, have the zeal for adventure and experimentation, but unfortunately our parents often fail to meet our quest for information and high demand for social and economic needs," Ms Lettu added.
She continued: "Some friends will usually come to you and tell you that a friend was wearing (a pair of) nice jeans trouser or "Canboos" (shoes) so we must also have one. All this is a natural occurrence and unless it is handled with circumspection, it could lead us to seek financial assistance from the guys who take advantage of us".