AMA Did You Handcuff The Police On The Kaneshie – Mamprobi Road ? 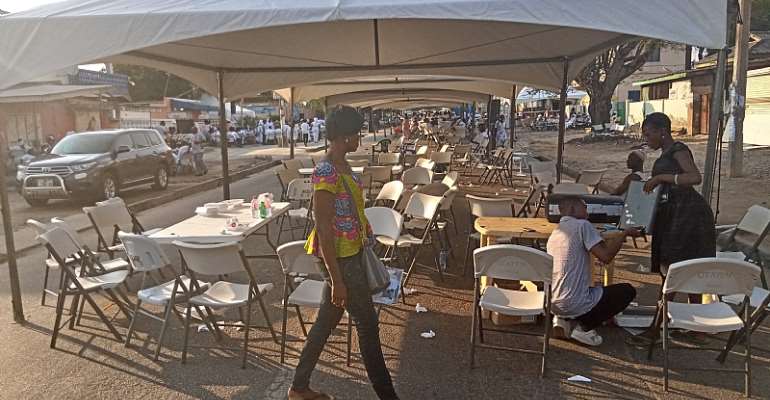 My past Saturday has been one of difficulty in traversing through the portholes at the Korle-Bu Teaching Hospital, a situation that can be life-threatening to a woman in labour, coupled difficulty in withdrawing money from the GCB ATM – and not even the g-link of other networks at ATM Farm could come to my rescue to what seems to be an official sanctioning of an indiscipline by the Accra Metropolitan Authority (AMA) for the blocking of a major road for a private event .

But I choose to talk about the latter – officialdom perpetuating anarchy. This for me is a big matter that should not go unnoticed considering the culture of impunity and high degree of indiscipline in our country.

As a country, we have the propensity of shouting hoarse on our voices about the hydra-headed indiscipline in all-fiber of the Ghanaian society. But we never are stronger at speaking truth to power and if we try doing, our political affiliations and overly partisan positions weaken any such critique but there lies the problem.

We need a generation of Ghanaians that have their community at heart and will dare to make a difference by not sitting aloof and only complain about the many intractable dimensions of indiscipline permeating all shades of our national life – be it in the area of sanitation, improper siting of building structures, auto mechanics hijacking one side of the roads for their fitting works, free for all high noise levels in our market square and roads sides, forgetting it has health implications, blocking of roads for private activity like parties and funerals all to the detriment of our safety and the list is endless.

One layer of the indiscipline in the Ghanaian setup is when so called big man or big woman secures the backing from officialdom for some impropriety – giving rise to impunity and anarchy. Like the scenario in question- the blocking of the Kaneshie to Mamprobi road at the Sempe School Junction for a funeral event whilst the Salvation and Sempe parks lied idle!

It seemed unreal to me until I drew closer and realized all cars were diverted to route with a motorable difficulty and to a huge traffic being generated there.

I parked my vehicle and proceeded to the event grounds to take some photos and turned within minutes to the Sempe School Pack which was lying idle! At that point I froze and began to wonder: what the heck is this nonsense! Can this country ever move forward beyond this indiscipline?

I returned in the evening- around 7 pm to a rather noisy music blowing through the community with the road still blocked. At that point, I felt something was so wrong! Soliloquizing, I drove to the Mamprobi Police station to enquire if the organizers had “permit”.

The police told me they had witnessed the event in the morning and said were “astonished” when learnt that the organizers had secured permit from AMA to perpetrate the indiscipline on such a major road, a situation which certainly runs contrary to their By-laws and that was not the first time such indiscipline has occurred.

The quote by the Play Write Bestseller, Wole Soyinka “ when a leader encourages the culture of impunity the society is lost and it makes the work harder for the rest of us” is true and really making the By-laws enforcement work impossible (this amounts to handcuffing ) for the police.

This singular indiscretion, to say least, is not to be expected from any local government administration in the country let alone AMA, a local administration of “mayorhood” status and home to most government ministries, the Parliament of Ghana, the Judiciary and until recently home to the seat of the Executive .

I will not read meaning through the lenses of this to the many infractions on the city landscape but I think it can degenerate into anarchy for which reason should never be swept under the carpet by any right thinking Ghanaian.

This phenomenon is one too many in the country especially the capital city where some custodians of the land think the roads are also their property and will go any length and seize the road as and when they like with or without the support from local government. Either option I believe is unacceptable.

I call upon the government to issue a fiat banning the ever growing indiscipline that is surprisingly being endorsed by local government administration. This has become even more urgent especially when, through the vision of the president, we envisage the capital city, Accra as the best city in Africa. 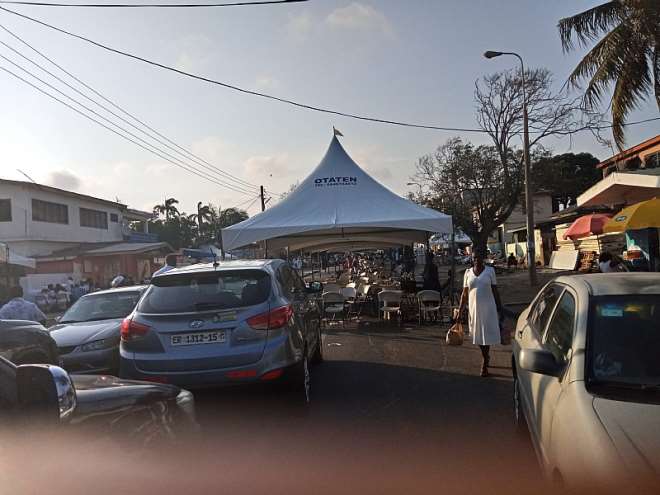 Inside Politics: Political Quotes
Catch up with all the political quotes from our politicians.
Sponsored
More Article
Modern Ghana Links
South African scientists who discovered new COVID-19 variant share what they know
Why healthy food and its local production should be part of the COVID-19 response
How African body markings were used to construct the idea of race in colonial Brazil
South Africa's immunisation record risks being dented by anti-vaccination views
Scholarships alone are not enough to get more qualified female teachers into Nigeria's schools
How South Africa can prepare for a data-driven education system
Vaccine production in South Africa: how an industry in its infancy can be developed
Pasha 93: Nigeria doesn't have a coherent COVID-19 vaccine plan. What's needed
Ethnic conflict could unravel Ethiopia's valuable garment industry
Election Reports Quotes Dossiers
TOP STORIES