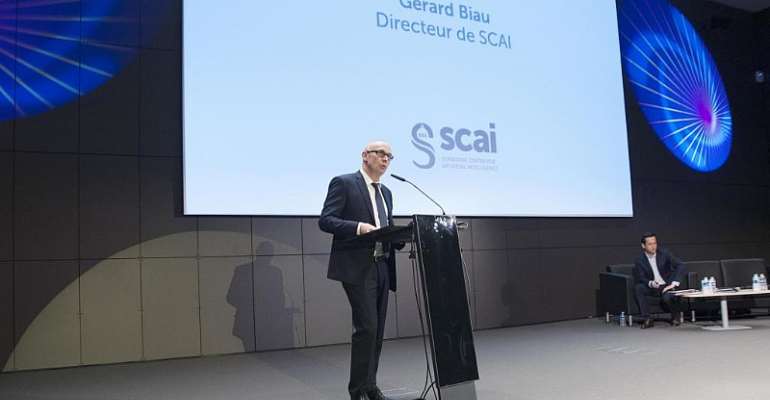 A team of French researchers led by Professor Laurent Mesnarde, is looking to harness the potential of artificial intelligence and high-performance computing to improve the quality and life span of kidney transplants.

.
Mesnard, who is a nephrologist, will be working with the Sorbonne Centre for Artificial Intelligence (SCAI), to realise the project that could impact many lives.

“Currently, doctors compare only a tiny part of the donor's and recipient's DNA (called Human Leukocyte Antigen) before the transplant to predict if they match.

Improving transplant matchs
Post-transplant RNA tests are also conducted to determine if the graft will encounter any problems and also to develop a tailored treatment. However, the current procedures aren't that efficient, as around 50 percent of kidney transplants fail in 10 years,” he told RFI English.

However, in order to improve the graft efficiency, Mesnard and his team have expanded the pre-transplant matching to other parts of the genome.

They developed a new computational scoring technique called the allogenomics mismatch score, which indicates the number of incompatible amino-acids between a donor's genome and a recipient's genome.

“It's not possible to use this DNA-based method for kidney transplants without the power of AI. One genome consists of 3 billion base pairs. Currently in France, you need five days to analyse a genome. Our goal is to shorten this time to 20 hours by using artificial intelligence,” he said.

It is here that the newly launched AI centre at Sorbonne University will play a crucial part.

Combined research efforts
“Our objective is to bring together researchers from different disciplines under one umbrella and provide a boost to their projects. We want to bring about an alliance between academic knowledge and computational power. SCAI is the AI center where quality research will be done through collaboration,” Professor Gerard Biau, director of SCAI, told RFI.

For this project, SCAI will bring together Mesnard and his team as well as the expertise of the French company Atos - which specialises in high-performance computing - under a single roof.

“SCAI will play the role of a catalyser to accelerate not just this project, but also other initiatives in the fields of science, health, engineering, climate & environment and digital humanities,” Pr. Biau remarked.

Mesnard believes the use of AI in genome sequencing could help raise the success rate of kidney grafts after 10 years from 50 percent to 80 percent.

“By increasing the lifespan of the kidney graft, it would reduce the overall cost for the society as well as improving the quality and quantity of life for the patients,” he said.

Hottest Photo Reports
Catch up with all the political quotes from our politicians.
Advertise here
More Europe
ModernGhana Links
How a cooking class in DRC is tackling baby malnutrition in the DRC?
RFI Exclusive: At home with space odyssey Thomas Pesquet aboard the ISS
France suspends 3,000 unvaccinated health workers who missed Covid deadline
French rugby chiefs ban Radosavljevic for record 26 weeks for racist outburst
The voices of the accused are heard at the Paris November 2015 terror trial
France out in the cold after US strikes anti-China deal with Australia
Hackers steal Covid test data of 1.4 million people from Paris hospital system
Bubbly relations restored as French Champagne houses end Russia boycott
Fighting to end death penalty worldwide 40 years after its abolition in France
TOP STORIES