UWR: Minister Angry Over No Arrest Of Fertilizer Smugglers 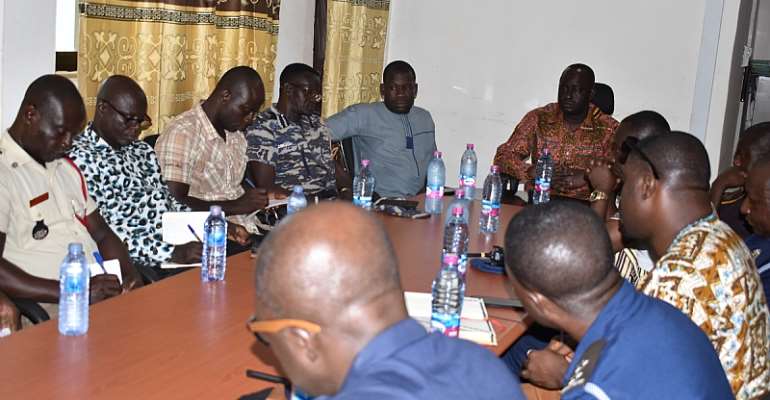 The Upper West Regional Minister, Dr Hafiz Bin Salih, has expressed worry about the inability of the security detailed at border posts to make a single arrest of persons smuggling fertilizers to Burkina Faso.

“It is unfortunate that this issue has assumed national attention and yet security official in these two areas have not been able to arrest a single person who try to smuggle these items out of the country.

"Day in day out people keep sending us photographs of vehicle carting fertilizer out of the country…they are not flown to Burkina Faso, it these routes that we all know that they pass through to Burkina Faso”, he noted.

The Regional Minister said the Sissala West District and Sissala East Municipal both in the Upper West Region Were being tagged as areas noted for smuggling of agricultural inputs, particularly fertilizers meant for the Planting for Food and Jobs programme.

Speaking at a Municipal Security Council (MUSEC) at Tumu in the Sissala East Municipal on Friday, Dr Bin Salih noted that as part of efforts to end the menace, he had appealed to the Burkina Faso army at the borders to take the additional responsibility of impounding on fertilizers smuggled from Ghana into that country to helping fight this canker.

He was hopeful that he would get one person and dealt with him to serve as deterrent to other people perpetrating the act.

He revealed that the state recently confiscated about 2000 bags of smuggled fertilizer and distributed same to farmers free of charge, and noted that last year alone the nation lost about $12 million to smuggling.

He could not fathom why “some miscreants” were sabotaging the PFJ programme implementation which was introduced to make farm inputs including fertiliser accessible and affordable to farmers to improve on agricultural activities in the country.

The Director of Crops at the Ministry of Food and Agriculture, Mr Seth Osei Akoto, said government had banned some districts in the country, including the Sissal West District and Sissala East Municipal, from trading in the fertilizers as part of measures to curb the incessant smuggling of the items outside the country.

He explained that though the two districts had been banned from trading in the fertilizers, provisions had been made to supply farmers in those areas with the fertilizers when the need be, and added that last year about 25 per cent of the 250,000 metric tonnes of fertilizers were smuggled out.

Mr Akoto expressed satisfaction about the outcome of the MUSEC meeting but called for collective and pragmatic measures to nip the menace in the bud.