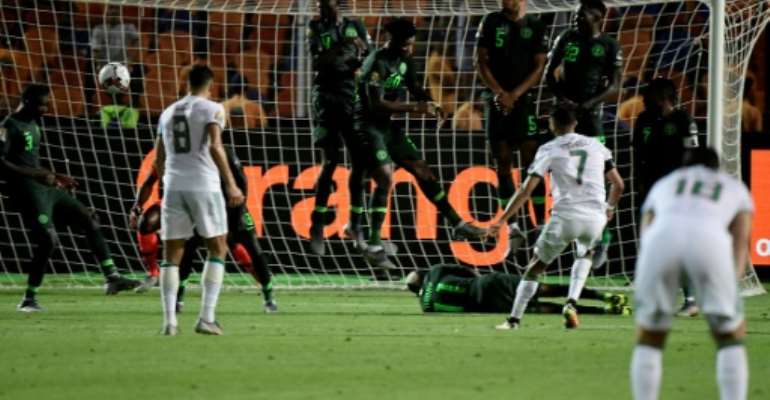 Gernot Rohr believes Nigeria will be stronger for their experience at this year's Africa Cup of Nations after his side suffered a painful, last-gasp defeat to Algeria in the semi-finals.

Nigeria looked to be heading into extra time against a team that required penalties to overcome Ivory Coast just three days earlier, but Riyad Mahrez won the game for Algeria in the 95th minute with a magnificent free-kick.

Coach Rohr said the loss was "tough to digest" for his players but stressed the current crop of Super Eagles had the potential to become "very good" given time.

"Our team is progressing well after the World Cup which wasn't bad, we've started work with a rejuvenated team. This team has a future. I'm still under contract for another year and we'll see what happens after that," said the German, whose side was the youngest in Russia last summer.

Nigeria will meet Tunisia on Wednesday in the third-place play-off at Al Salam Stadium, which could see the likes of youngsters Henry Onyekuru, Samuel Kalu and Victor Osimhen given a chance after limited minutes in Egypt.

"We will draw lessons after the third place match. We have a very young team, we're making progress and perhaps we lacked a bit of clear-sightedness (against Algeria) but we're moving forward," continued Rohr.

"We have to work much more. Our midfield is the youngest one. (Wilfred) Ndidi, (Alex) Iwobi and (Peter) Etebo have to learn tactically and they have to make better communication, but I think with time they'll be very good."

Rohr praised the resilience shown by his side throughout the tournament, as they responded to a shock loss to Madagascar by toppling defending champions Cameroon and beating South Africa before coming from behind against Algeria.

"I congratulate my players for a big fight against this very good team," said Rohr. "It was a big fight until the last minute."

"It was a wonderful match, but we lost it so we are not happy. We scored an own goal which was unlucky but we came back like throughout the tournament when there was something difficult against us. A wonderful free-kick made the difference."

He added: "The other day we won in the last minute against South Africa, this time we lost. That's football."

"The result reflects what we saw on the pitch. The best team won," said Rohr.

"The match confirms what I said about them making progress. They have made strides both tactically and technically and it's going to be very tight with Senegal but Algeria have all the weapons to win."