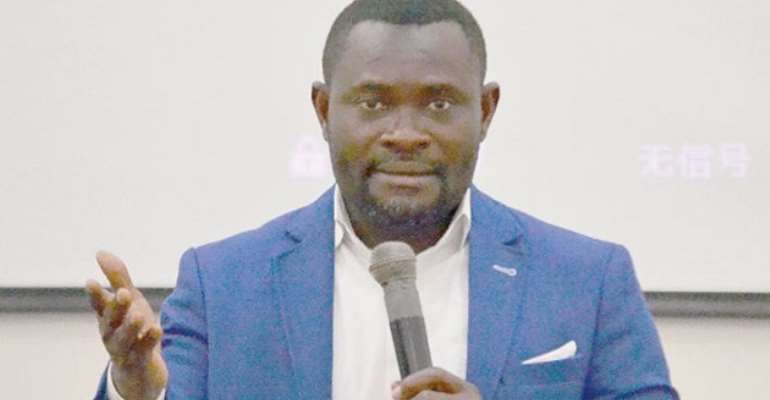 The Youth For Ejisu-Nk)so), a pro-NPP youth group in the Ejisu Constituency of the Ashanti Region has expresses their 'regret and disappointment' in what they described as 'misguided' and 'alien' lines on which John Kuma is using to 'project' himself as an aspirant in the Parliamentary primaries of Ejisu Constituency a statement.

The group urges him to deal with issues, material facts and evidence rather than pettiness as Mr John Kuma is presenting himself to be drench in petty politics and telling of wicked lies.

Find full statement below:
YOUTHS FOR EJISUMAN-NK)SO)
We, have noted with deep regrets and disappointments the way and manner, Mr John Kuma who lives far away in KASOA but seeks to lead us(Ejisu constituency) on the ticket of the New Patriotic Party come 2020, is running his campaign.

We wish to note that, Ejisu constituency has always been very civil and decorous with regards to our politics because we believe that, our individual and collective development supersedes anyone's parochial and selfish interest. Indeed, for Mr John Kuma who lives far away in KASOA to resort to personal attacks, insults, using unprintable words via the internet and through his hirelings and accessories is highly regrettable of him as a lawyer. Lawyers, deal with issues, material facts and evidence rather than pettiness as Mr John Kuma is presenting himself to be drench in petty politics and telling of wicked lies.

We, as a youth group believes solemnly that, political campaigns should be based on issues of our capacity developments rather than the antiquated forms of politics where insults, Lies and personal attacks become the order of day. We implore John Kuma who lives in Kasoa, central region to rather use his energies to tell Ejisu constituency what he has in stock for Ejisu constituency rather than insulting and telling tales of wicked lies against our current member of parliament Honorable Kwabena Owusu Aduomi. It only speaks of John Kuma as naive and we hope he grows up from such aberrant.

We wish to remind John Kuma of the fact that, there's going to be a parliamentary primaries does not mean he reserves the privileges to deface our legislator. Mr Kuma should be made to know that, whatever wrong or wicked he tells about our MP Honorable Aduomi, it is the constituency which he seeks to lead that suffers! Mr John Kuma should bear in mind that, Ejisu constituency WILL NOT grant him the permission to divide us. Finally, we advise Mr Kuma to refund the monies he took from polling station executives to process government's start-up capital for them which is yet to materialize.