Your Old Bra Clasps Can Save Injured Turtles 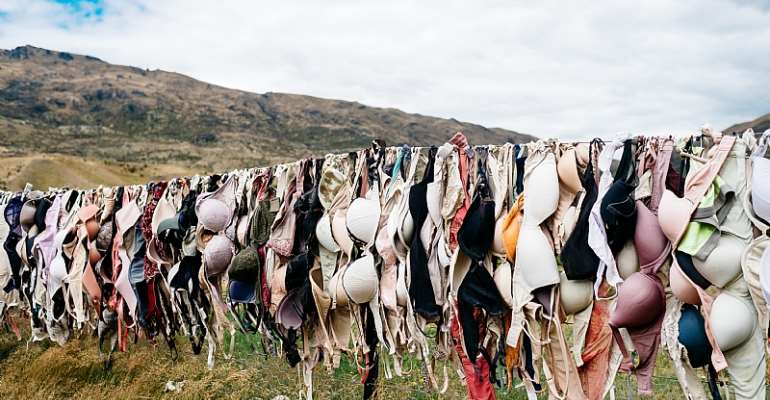 Over the past month, the Carolina Waterfowl Rescue has been hit with an influx of injured turtles, many of which had been run over by cars, lawn mowers or boats. To help mend life-threatening cracks in the turtles’ shells, the rescue put out a call on Facebook for a makeshift and rather unusual medical supply: bra clasps.

“If you’re discarding a bra you can cut the clasps off and send them to us we use them for turtle shell repair,” the organization wrote, crediting another rescue, Iowa’s Wildthunder Wildlife, and Animal Rehabilitation and Sanctuary , with the idea. Late last month, Wildthunder had posted on its own Facebook page, asking for bra fasteners that were about to be discarded. “We will use them to pull the crack in the turtle shell together to help it heal,” the sanctuary explained.

The spring season when turtles move onto the shoreline to lay their eggs can be a perilous time for the reptiles. The Carolina Waterfowl Rescue has recently been taking in as many as 40 injured turtles per week, according to Mark Price of the Charlotte Observer . Rainy weather can also drive turtles out of their watery habitats , increasing the animals’ chances of colliding with cars and other shell-crunching machinery.

“[Y]ou get creative,” Zirkelbach says.
Enter the humble bra clasp. Wildlife experts glue the hooks and eyes of the clasps to opposite sides of a fracture, then wind a zip tie around the clasps to make sure the shells stay in place. Once the shells have mended, the clasps are removed and the turtles are released back into the wild.

“It’s just these little ingenious things that people have created in the past, that we can use today to help animals out,” Keenan Freitas of the Carolina Waterfowl Rescue tells WBTV ’s, Amanda Foster.

“You can recycle something that would go into a landfill,” Freitas adds. “And I mean, they’re helping a turtle. Who wouldn’t want to help a turtle?”

As it turns out, many people are indeed keen to snip apart their undergarments for the sake of rescued reptiles. Bra-related posts by both the Carolina Waterfowl Rescue and Wildthunder Wildlife have received thousands of likes on Facebook, and both organizations said they are no longer in need of clasps.

“We are just overwhelmed with people offering to mail us clasps,” Carolina Waterfowl wrote on June 30. “[W]e will have way more clasps than we can use now.”

The organizations promised to share a list of other rescues that could benefit from the surplus of bra fasteners. They also noted that while their clasp quotas have been filled, they still need help funding food, medical supplies and vet care for turtles and the many other animals that come into their care. Those who are so inclined can donate to the Carolina Waterfowl Rescue and Wildthunder Wildlife online; even small contributions can make a big difference.

“Please just donate the money you planned to spend on shipping [the bra clasps],” Caroline Waterfowl wrote on Facebook. “If everyone did this the turtles would never want for anything again.”