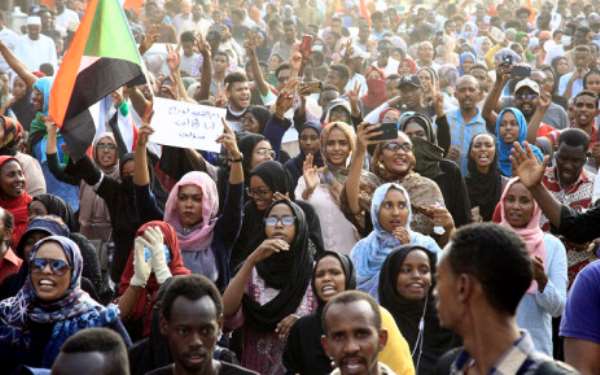 The recent peace deal being implemented in Sudan was brokered by African leaders without any interference or even input by non African players ie the UN or western countries. As a matter of fact the deal was made in Asmara, Eritrea where the head of the Sudanese military that had overthrown the long time despot Omar Al Bashir sat down for two days with Eritrean mediators, agreed to the deal, flew back to Khartoum and announced the deal a few hours later.

No western “input”, no UN involvement, actually no African Union involvement to speak of, though the AU spokesperson was allowed to make the public announcement of the peace deal.

Just like the last, hopefully, South Sudan peace deal, the only one that has been pretty much successful, the road to peace in the Horn of Africa once again ran through Asmara. And not one so called “expert” in matters, African has pointed out the obvious, that it was only a few hours after returning from Eritrea that the deal was announced. Say something positive about a “socialist country”, Eritrea? They all seem to know how NOT to bite the hand that feeds them. Nothing positive can be said about Eritrea, no ways no how. Never mind that peace has descended on Sudan, or at least the capital Khartoum, and it arrived on the wings of a jet direct from Asmara.

So once again, as in the case of Ethiopia’s “Peaceful Revolution”, peace has broken out in the Horn of Africa, or at least a major step in that direction, and credit must be given to those who deserve it, the leadership of Eritrea. It's a matter of Africans solving African problems, the only way real, durable peace anywhere on the continent will be obtained.