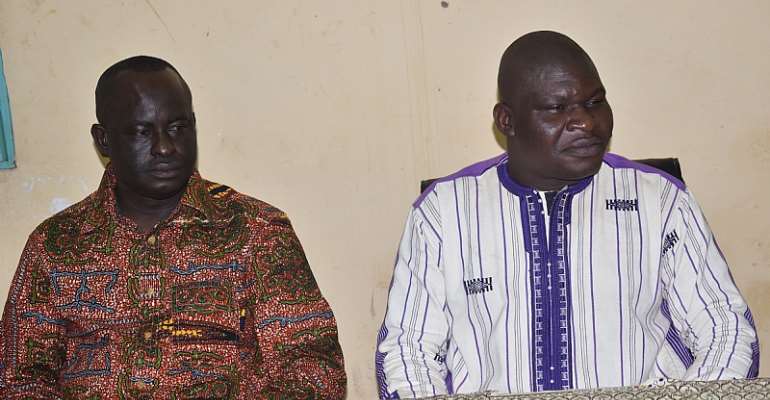 The Upper West Regional Minister, Dr Hafiz Bin Salih has initiated moves to halt the smuggling of fertilizer meant for the Planting for Food and Jobs (PFJ) programme into neighbouring Burkina Faso.

As part of the initiatives, the minister, in the company of other stakeholders including the Director of Crops at the Ministry of Food and Agriculture and the Upper West Regional Director of Agriculture, held negotiations with his Burkinabe counterparts in Leo, Burkina Faso on Friday to chart favourable path of ending the canker.

Dr Bin Salih noted that smuggling of the fertilizers meant to improve agriculture in Ghana was worrying and called for collaboration between the two countries to stem the menace.

“The smuggling of fertiliser from Ghana into Burkina Faso is a worrying situation to the government and people of Ghana. We are here to inform you so that you collaborate with our security operative to curb the issue.

"Because the fertilizer is subsidised they have been branded in certain ways so when they are smuggled out it is very easy for us to identify and we have had information of pictures of the fertiliser in the market here.

"That is why we have come to formally inform you so that we can begin to collaborate and if you find people who are coming in with those brands you will stop them and let them come back to Ghana”, Dr Bin Salih said.

He also urged the people to cease smuggled fertilizers and distribute them to farmers in Burkina Faso and said that was also done in Ghana.

The team requested to inspect some shops in the Leo District to ascertain the veracity of the smuggle PFJ fertilizers in their market but their request was turned down with the excuse that the sector minister of Burkina Faso was not in the known of the inspection.

“Those of them who come to Ghana they would have realised that we have enhanced the presence of security men along our borders with Burkina Faso, but that should not scare genuine people who want to come to Ghana to do business”, he explained.

Dr. Bin Salih also urged the Police, Custom Division and the Ghana Immigration Service at the borders to be alert and impound on any truck smuggling fertilizer to Burkina Faso and assured them of a better reward should any truck be impounded.

" We have agreed with the people Burkina Faso specifically Leo today, to report any incidence of smuggling to us. If you are able to arrest any vehicle carrying smuggled fertilizer, we have a handsome reward for you.

"But on the contrary, if you allow them to pass without any arrest and the Burkina customs division report to us on any impounded truck, we will make sure we sanction all those on duty that day," he noted.

On his part, the Secretary to the Leo District High Commissioner, Mr Kone Yahaya, said the Burkinabe government was also implementing similar programme to support farmers but regretted that their fertilizers were also smuggled out of the country.