Nyaho Tamakloe Is a Failed Politician of Marginal Relevance – Part 1 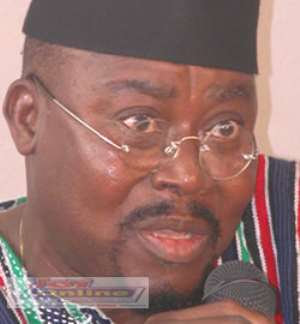 On the whole, President Addo Dankwa Akufo-Addo has performed well beyond any shadow, or iota, of doubt as easily the most results-oriented, productive and visionary leader among all five Fourth-Republican presidents of Ghana. Without Nana Akufo-Addo, for instance, the John Agyekum-Kufuor-initiated National Health Insurance Scheme (NHIS), the healthcare equivalent of the Akufo-Addo-implemented fee-free Senior High School System, would be nonexistent. Admittedly, the latter initiative may be fraught with a lot of teething problems, but it is, nonetheless, far better than the sort of massive promotion of youthful illiteracy that occurred under the previous National Democratic Congress’ regime of former President John Dramani Mahama. So, it is not clear precisely who the editors and operatives of the GhanaCrusader.com media portal are talking about, when they make the patently false and decidedly vacuous claim that going into the 2016 Presidential Election, Dr. Nyaho-Nyaho Tamakloe rightly predicted that “Mr. Akufo-Addo would be a terrible leader if elected to the high office of president of Ghana” (See “Nyaho Tamakloe Predicted Akufo-Addo’s Abysmal Performance” (Ghanaweb.com 7/13/19).

The fact of the matter is that Dr. Tamakloe, even as yours truly has had occasion to point out time and again, is a thoroughgoing and irreparably defeated minor politician who has made absolutely no significant contribution to the development of Ghana, besides scandalously and unconscionably salaaming his grossly incompetent nephew-in-law, that is, former President John Dramani Mahama, for a few crumbs from the latter’s proverbial dining table. Indeed, it is only a clinical intellectual basket case – or in simple and plain English, an idiot – who would fail to recognize the fact that Ghana’s economy is far better managed under the “green” tenure of Nana Akufo-Addo than it was ever managed under the tandem tenures of Presidents John Evans Atta-Mills, late, and John Dramani Mahama. We must also quickly point out that both Messrs. Atta-Mills and Mahama were avid public shameless promoters of the unprecedented scamming of the Ghanaian taxpayer to the humongous tune of some GHȻ 51.2 Million by Mr. Alfred Agbesi Woyome.

Which was why it had to take the inimitably formidable and lambent-witted legal minds of President Akufo-Addo, Attorney-General Gloria Akuffo and Chief Justice Sophia Akuffo to laudably hold Mr. Alfred Agbesi Woyome to account, in spite of the scandalous trooping of Mr. Woyome and his assigns of equally criminally minded scofflaw attorneys to both the European Human Rights Court and the Arusha, Tanzania-based African Court of Human Rights, where the putative National Democratic Congress’ Chief Financier’s petition for criminal evasion of the Ghanaian legal and judicial system was swiftly and summarily dismissed recently. And, oh, I almost regrettably forgot to add that Mr. Martin ABK Amidu, the bona fide front-row member of the country’s main opposition National Democratic Congress (NDC), was equally a bulwark behind the successful prosecution of Mega-Scam Artist Alfred Agbesi Woyome.

Indeed, I don’t suppose for a split-second that Dr. Nyaho-Nyaho Tamakloe is of the rather facile and morally blasphemous opinion that, somehow, Ghanaian voters, and the citizenry at large, are too daft or plain stupid to fully appreciate the stark and incontrovertible fact that the best formula or method for promoting our national development is via the shameless and criminal promotion of grand theft and mega-thieves like Mr. Woyome. Then also, Ghanaians ought to be told precisely what happened to the Guinea Fowls that then-President Mahama imported into the northern half of the country for the ungodly promotion of his epically failed nepotistic project of the so-called Savannah Accelerated Development Authority (SADA). Are these Guinea Fowls still vacationing in Ouagadougou, the Burkinabe capital, or they have now returned to their owners in the North where, we were told, they were staple poultry diet?

Not surprisingly, only failed political scam-artists like Dr. Tamakloe can be expected to promote the practically nonexistent political success of the man who put the “Kaakaamotobi” word of “Dumsor” into the global socioeconomic and political lexicon or dictionary ( my profound apologies to Vice-President Mahamudu Bawumia), and deliberately and incompetently facilitated the effective collapse of nearly one-half of all business enterprises in the country. Needless to say, any well-meaning Ghanaian critic who is genuinely alarmed at the high spate of unemployment in the country, inescapably has the self-styled “Presidential Spare-Tire” and Quislings like Dr. Tamakloe to thank. Has anybody wondered why under the politically primitive and regressive tenure of President Mahama, Ghana produced an unprecedented number of illiterate young and unemployable citizens than under the unarguably visionary and poor-people centered tenure of Nana Addo Dankwa Akufo-Addo? Go figure!