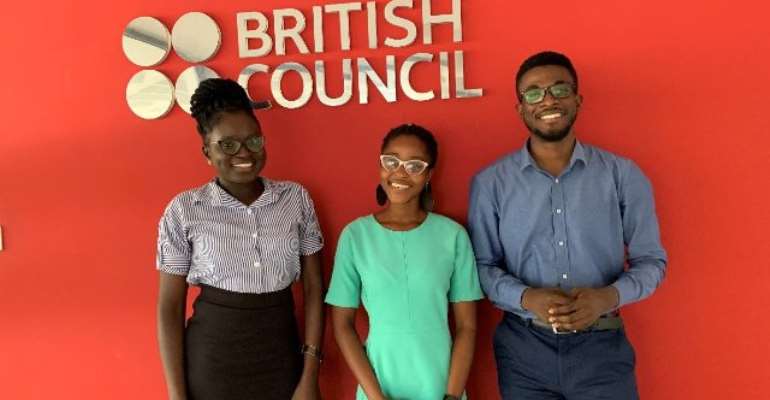 The global forum for the media’s next generation being held in London from July 15-17. Future News Worldwide is developed by the British Council in partnership with leading news and digital media organisations to identify, train and connect the next generation of top international journalists.

As the media itself is increasingly the subject of news headlines, the event presents a timely opportunity to focus on the universal values of objectivity, balance and evidence that underpin the profession. Topics under the lens will include media freedom and responsibility; truth and transparency; empowering audiences and challenging cynicism.

Country Director for Ghana, Alan Rutt, said, “Media freedom is very important for free and fair societies, which is why we are delighted to have three journalists from Ghana participating in the Future News Worldwide conference in London”.

Mark Wood, former Editor-in-Chief of Reuters and Chair of the Future News Advisory Board said, "Future News Worldwide attracts some of the world's most promising young journalists. The programme promotes the importance of free media and the key tenets of responsible journalism.

“It gives the participants the chance to meet outstanding media figures, visit famous newsrooms and learn research, editing and production skills in a series of workshops. A lively alumni network demonstrates how much those who took part in previous events truly value the experience and put it to work in their professional lives."