Why We Must Instill Discipline In Our Younger Generations 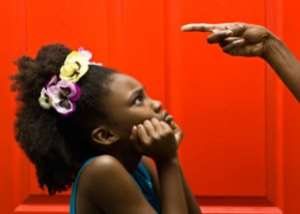 Yesterday evening, I suddenly understood why it was possible for four young adults to allegedly murder the headteacher of the Asiakwa Salvation Army Basic School, Mr. George Somuah Bosompem, on the evening of 28th April 2019. The question is: Is it possible that in reality there are drug-crazed young psychopaths lurking around us who could strike unexpectedly for no reason at all? One hopes that that is not the case.

Be that as it may, when news reports in the Ghanaian media broke the story of Mr. George Somuah Bosompem's murder, most Ghanaians were shocked and horrified, upon hearing details of what led to an innocent and hardworking headteacher having his life cut short so barbarically. Drugs are destroying many young lives in countless communities across our homeland Ghana, it would appear.

Speaking personally, for example, yesterday evening, I was astounded by the unparalleled arrogance - and disdain for a fellow human being much, much older than him - shown by an uncouth young man, whom I asked to leave our compound. I asked him politely to leave because he was so incredibly rude. His reaction, made me understand how it was possible for those four young men, to allegedly murder that poor headteacher so callously, and in such brutal fashion, on the evening of 28th April 2019.

Clearly, as a people, if we do not instill discipline in our younger generations, Ghanaian society could easily end up being destabilised by drug-crazed young people, who think nothing of maiming and murdering innocent people, whom they disapprove of for the flimsiest of reasons. Hmmmm, Oman Ghana - eyeasem o: Asem kesie ebeba debi ankasa.

The author has 593 publications published on Modern Ghana.