The Trajectory Of Women's Unwillingness To Accept Frontline Political Roles 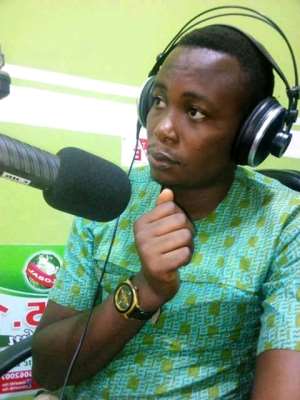 In recent times, the call and advocacy for empowering women in political participation and leadership, has gained a considerable momentum, with Civil Society Organizations (CSOs), leading the advocacy.

At the local and community level all the way to the highest levels of government, women are often underrepresented in leadership positions, left without a voice in decision-making and ignored as an electorate. Women hold only 22 percent of national parliamentary positions globally.

What it means is that women are underrepresented in all facets of the political process often due to social-cultural barriers, the absence of training and resources for women’s political organizing, standards of living and precarious economic challenges; a situation many advocates find worrying and discriminatory.

Findings have revealed that the obstacles to the political participation of women span over the lack of public/social support and political party support, entrenched traditional views, lack of confidence, lack of financial means, lack of capacity building opportunities, lack of access to technology, gender discrimination, division according to ethnic lines, violence, and intimidation.

Having established these obstacles, it is interesting to note that, lack of confidence on the part of our female counterparts (women), to frontline political activities is one of most common reason for their failures in this regards. While there are rare cases of women wanting to actualize their political dreams on the African continent, the hard truth is that a significant number of them simply lacks confidence.

My observations in the just ended SRC elections at the Evangelical Presbyterian University College is that women/ladies in most cases prefer playing supporting roles when it comes to politics; not in all cases though.

If we want women participation in politics, then of course, the best place to begin is taking up the challenges of students leadership.

Prior to my picking of nominations to contest as the SRC President in the University, I set out a plan to pick a lady as a running mate (Vice President), something that has never happened in my school before.

Initially, I thought the recent achievements by some female students in other tertiary institutions like the University of Development Studies and our own Ho Technical University, would have served a great motivation to the ladies in my University, but that was never to be.

I spoke to a number of outstanding ones who showed interest in the portfolio, but turned down my offer after a second thought.

At some point, I offered that a lady becomes a President, while I support as a running mate but that too wouldn't be. The reasons given by each of the three ladies I contacted all boiled down to lack of confidence.

Each of them rejected the call on the ground that they would not be able to handle the pressure of the campaign and it's attendant accusations. In simple terms, none of the three was ready to assume a frontline role.

At some point also, I pushed a number of them to contest as Women Commissioners, Secretaries and

Sports Representatives, yet again, they wouldn't indulge in politics.

Interestingly, each of them assured me of their readiness to support and campaign 'behind the scenes' for me. Though I find their positions worrying, I had to settle for it along the line.

When we finally began the campaign, each of the times I invited a lady to join me on our trails, I ended up being disappointed. They would come up with several excuses, just to dodge facing their colleague students and talking to them. I run my campaign entering one class to the other, only in the company of my male supporters.

Behind the scenes, however, my female supporters did a great job. They carried the message and were able to convince a substantial number of their counterparts to support me.

At one point, one remarked that "all a man needs to win an election is the support of women and without that, no man can win an election", but the question is are women prepared to take up the challenges of politics?

Let me state that, I won the elections, with the greater work being done by my female colleagues/supporters.

Along the line, during conversations I had with a number of them, 98 per cent of them are ready to serve on committees under the SRC -an agenda captured in my manifesto to ensure a gender balanced appointment on to the committees. But these are people who are not ready to become SRC President themselves.

For me, though the narratives are changing with quite a number of women accepting challenging leadership positions and roles in society, I believe a lot more needs to be done and the best place to start a conversation on women empowerment and involvement in politics is our tertiary institutions.

Society must endeavour to create equal opportunities for both men and women, and where necessary, put in some exceptions to be able to whip up the interest of women in assuming certain leadership roles.

It is high time our female counterparts realized that there is no 'penis' attached to politics.

It is therefore prudent we intensify this campaign to encourage and ensure both quantity and quality in women taking part in governance.

Studies have shown that increased women’s participation has resulted in a bigger economic benefit, increased cooperation across party lines and more sustainable conflict resolution. It is important to raise women’s engagement in politics by raising their awareness of opportunities available, building confidence and skills.

NGOs have been a very strong driving force behind the increase in the number of women in the political arena by linking local campaigns to global actions and trends.

While I observe that political parties are essential vehicles that could enable women’s participation in the political system, the real ground and a place for a start is students leadership.

I would be glad to see a female student as the next SRC President of my University.