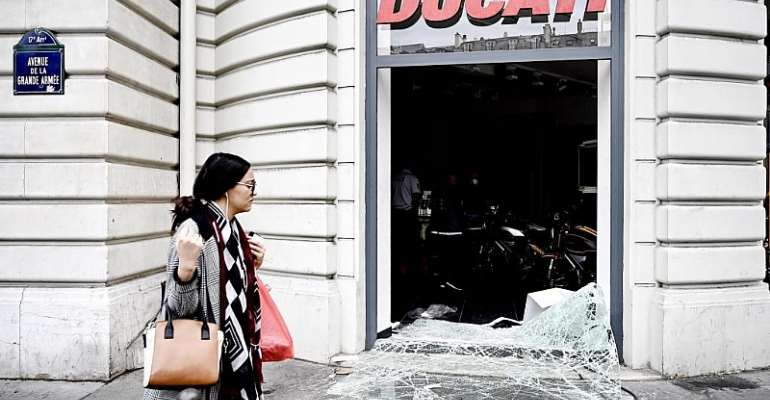 Celebrations of Algeria's victory over Cote d'Ivoire in the Africa Cup of Nations quarter-finals have turned deadly in southern France, after a speeding vehicle driven by a fan ran over a family, killing the mother. In Paris, there were several reports of vandalism, notably on the Champs-Elysées.

The supporter in the southern city of Montpellier lost control of his car while celebrating and ploughed into the family, killing the mother and seriously injuring her baby and older daughter, according to a security official.

The 21-year-old driver was taken into police custody.

Unrest across France
During late night celebrations in Central Paris, Algeria fans took to the streets of the famed Champs-Elysees, where at least two stores were looted, according to AFP.

Paris' top police official Didier Lallement visited the scene, saying it was "time for this kind of irresponsible behaviour to stop".

In Marseille, which has another of the largest Algerian communities in France, thousands crammed into the city's Old Port to celebrate. In both cases, police resorted to tear gas to disperse excited fans.

The chaotic scenes after Algeria's victory, prompted comments from the French far-right National Rally party, which said in a statement that the incidents marked a "rejection of France".

The party urged authorities to ban access to the Champs-Elysees for the Algeria-Nigeria semi-final.

Geoffroy Boulard, the mayor of Paris' 17th district, near where the violence took place, said he had received confirmation that security measures would be reinforced for Sunday's match.