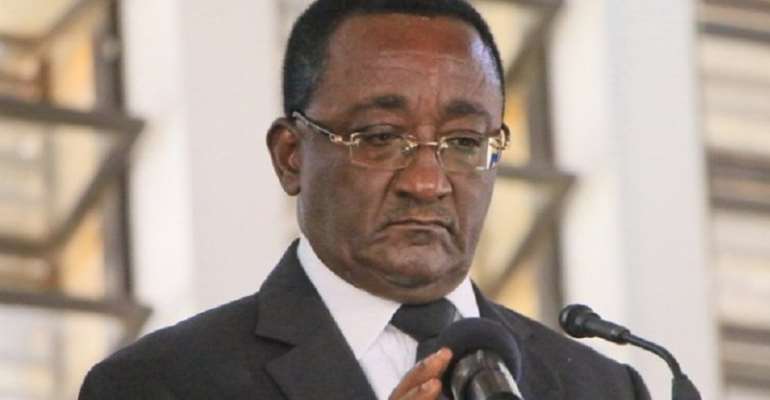 The Director of Crops at the Ministry of Food and Agriculture, Dr. Seth Osei Akoto, is appealing to the media, security agencies and other stakeholders to support them fight against the smuggling of fertilizer.

He said the development threatens the government’s efforts to boost agriculture in the country and crop yields.

The director made the appeal at the relaunch of the government’s Agribooster Program in the North East Region.

“Our intentions are very clear but we have some people are trying to sabotage the whole programme. At this stage, I will appeal to all of us to support us. Be very vigilant on the ground, so if you see someone crossing the boarders with fertilizers you draw the attention of security forces so that we bring the whole thing to a halt,” he said.

Some registered fertilizer dealers were found to be engaged in smuggling the subsidized fertilizers meant for the government’s Planting for Food and Job programme.

The products are allegedly sent to neighboring countries including Ivory Coast where they are sold at the regular market value for high profits.

Dr. Akoto in May 2019 said some of the smuggled fertilizers were sent to Burkina Faso, Ivory Coast, Mali and as far as Cameroon during the last farming season.

He said about 50,000 bags of fertilizer were smuggled outside the country under the coupon system last year which has since been scrapped.

According to him, most distributors and retailers lost thousands of Ghana cedis to the ministry as fake fertilizer coupons were used to access fertilizers under the planting for food and jobs.

The Ministry therefore introduced a software and coding system which is being used code and track goods that are issued by retailers and distributors.

The new modalities have replaced the coupon system but Dr. Akoto believes that if smugglers are not checked, the new system will be rendered useless.