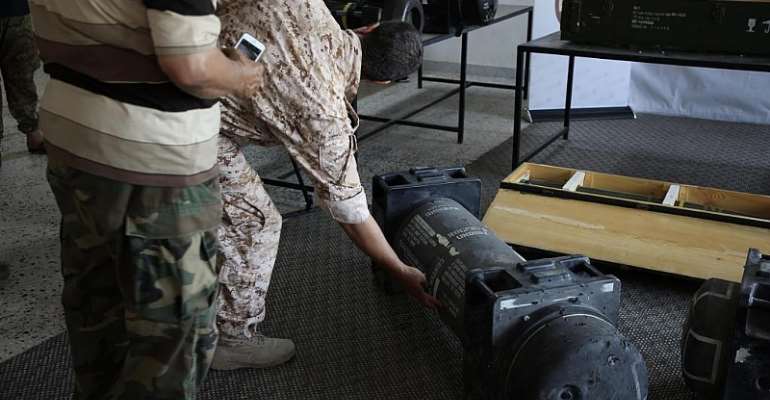 Libya's internationally recognised government has demanded urgent answers after Paris conceded French missiles were found at a base used by strongman Khalifa Haftar, whose forces are fighting to take over the capital Tripoli.

How did the missiles reach Haftar's forces, when they were delivered and how? Just some of the questions foreign affairs minister Mohamad Tahar Siala put to his French counterpart Jean-Yves Le Drian Thursday, asking him to "urgently" explain himself, a statement from the ministry said.

In an interview on Friday, defence minister Florence Parly said, "These missiles were damaged and out-of-use, and were being temporarily stocked in a warehouse ahead of their destruction. They were not transferred to local forces."

Parly was not able to explain how the missiles ended up in the hands of Haftar's forces.

The missiles, reportedly worth over $170,000 (€150,000) each, were seized when the military loyal to the UN-recognised government recently overran a pro-Haftar base in Gharyan south of Tripoli.

The discovery of missiles has added to suspicions that France is supporting Haftar's forces in Libya.

Haftar in April ordered his self-styled Libyan National Army on an offensive to take the Libyan capital from the UN-recognised Government of National Accord.

The battle is the latest turmoil to rock the North African country, which has been caught up in fighting between rival forces since the fall of leader Muammar Gaddafi in 2011.

Voters’ Registration: Everyone Will Be Safe – A/R Minister A...
26 minutes ago