The Night Before the Day: The inaugural gala for Opéra Bastille 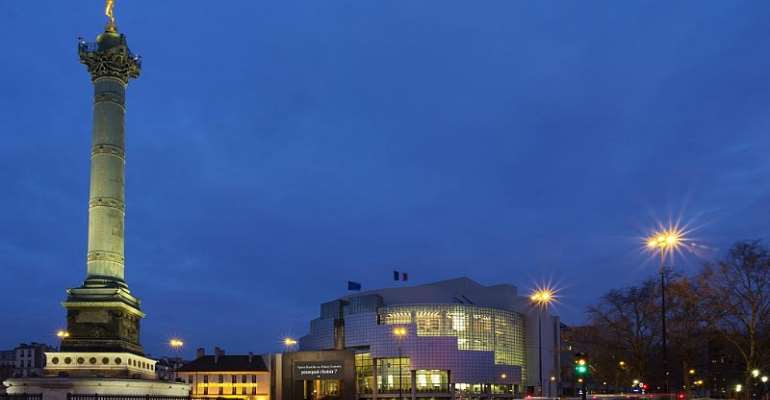 Why did the Paris Opera choose The Night Before the Day as the title for their gala to inaugurate the new opera house, the Opéra Bastille, on 13 July 1989? Thirty years on, we take a look at the revolutionary roots of the capital's second opera house.

The 14th of July 1989 marked the bicentennial of the “Storming of the Bastille” – the dreaded prison in Paris which held political prisoners – and the beginning of the French Revolution.

The night before, there were celebrations all over France to mark the 200th anniversary of the uprising which toppled one of Europe's most prestigious royal houses – and profoundly altered the course of modern history, ushering in republics and liberal democracies throughout the world.

But in 1989, bloodshed was forgotten and celebrations were the order of the day. There were parades, street dances and concerts throughout the country, and of course, fireworks.

In The Night Before the Day (La nuit d'avant le jour), opera stars from all over the world performed an inaugural gala for heads of state from 32 countries and other dignitaries in the brand new, yet to be tested Opéra Bastille – the new 2,745-seat opera house, built on Place de la Bastille.

Produced by the American stage director Robert Wilson and conducted by the French maestro Georges Prêtre, the inaugural gala concert celebrated French composers, with works from Gluck to Bizet.

In 1982, French president François Mitterrand judged the capacity of Paris' opera house, the Palais Garnier, to be insufficient. He ordered the construction of a new, modern, people's opera house, and opened the competition internationally.

There were 1,700 architects who entered the competition; Carlos Ott, a Canadian-Uruguayan architect, walked away with the prize.

The Opéra Bastille is Paris' third largest building, after the Bibliothèque National and the French Finance Ministry. It features a main auditorium of 2,745 seats, a 500-seat amphitheatre, a 230-seat studio, as well as set-building studios, costume studios and administrative offices.

Its mammoth backstage area and state-of-the-art machinery permit two or three productions to be performed simultaneously, and there is still room to prepare two others!

Following “The Night Before the Day” inaugural gala on 13 July 1989, the Opéra Bastille officially opened  to the public on 17 March 1990 with the first ever production of the unabridged version of Hector Berlioz' Les Troyens.

The Paris Opera's 2019/2020 season is dedicated to the thirtieth anniversary of the Opéra Bastille.